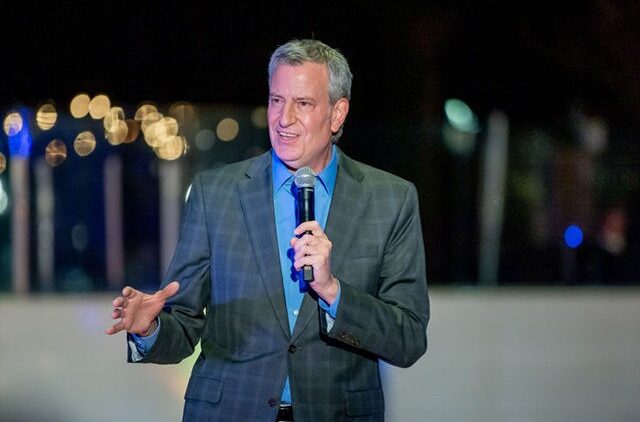 “Our plan is to fully reopen on July 1,” he announced during a Thursday appearance on MSNBC’s Morning Joe. “We are ready for stores to open, for businesses to open, offices, theaters — full strength.” https://794a84c11578ab6041859be02c877a39.safeframe.googlesyndication.com/safeframe/1-0-38/html/container.html

“Because look, what we’re seeing is people have gotten vaccinated in extraordinary numbers,” he said, noting the number is 6.3 million in NYC to date.

The Democrat governor attributed the plan to fully reopen to the ongoing vaccination effort, which he said is going to “grow and grow.”

“We gotta keep working hard at that,” he said: https://platform.twitter.com/embed/Tweet.html?creatorScreenName=BreitbartNews&dnt=true&embedId=twitter-widget-0&features=eyJ0ZndfZXhwZXJpbWVudHNfY29va2llX2V4cGlyYXRpb24iOnsiYnVja2V0IjoxMjA5NjAwLCJ2ZXJzaW9uIjpudWxsfSwidGZ3X2hvcml6b25fdHdlZXRfZW1iZWRfOTU1NSI6eyJidWNrZXQiOiJodGUiLCJ2ZXJzaW9uIjpudWxsfX0%3D&frame=false&hideCard=false&hideThread=false&id=1387733678093127684&lang=en&origin=https%3A%2F%2Fwww.breitbart.com%2Fpolitics%2F2021%2F04%2F29%2Fmayor-bill-de-blasio-announces-plans-fully-reopen-nyc-july-1%2F&sessionId=a078042dcba1f8f896ca741559f62e55e4b78673&siteScreenName=BreitbartNews&theme=light&widgetsVersion=82e1070%3A1619632193066&width=550px

The announcement is significant, as the city has not been fully opened for over a year. The first shutdowns began in March 2020.

According to the U.S. Centers for Disease Control and Prevention’s (CDC) April 28 data, New York City has reported 150.3 new cases per 100,000 in the last seven days, or 12,624 total. That is significantly more per capita than the entire state of Texas, which is 100 percent open for business and no longer has a mask mandate in place. In the same time frame, the Lone Star State reported 71 cases per 100,000, or 20,598 new cases.

It remains unclear, however, when New York City, or the state as a whole, plans to lift mask mandates. U.S. health officials have also dodged the question, failing to definitively state when masks will no longer be required or recommended. Earlier this year, Dr. Anthony Fauci said it is possible masks will still be around into 2022, and CDC Director Rochelle Walensky said it is “difficult to say when we can stop wearing a mask” until a “large enough percentage of the population” is vaccinated.

According to New York State’s vaccine tracker, 32.6 percent of the Empire State’s population has been fully vaccinated.