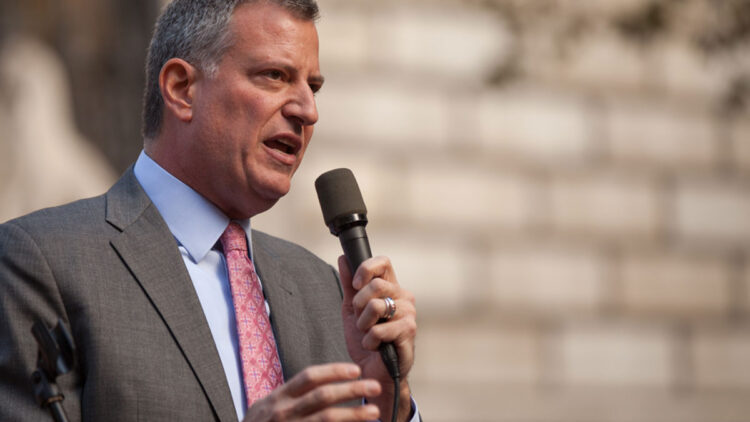 Democrats make a mess and then ignore their involvement, blaming everything, even COVID-19, and the weather on why fatal shootings have increased.

The Mayor said: “This is directly related to coronavirus. This is a very serious situation… As we’re getting into warmer and warmer weather, we’re feeling the effects of people being cooped up for months, the economy hasn’t restarted – we have a real problem here.”

So COVID-19, plus being inside, and warm weather results in mass shootings according to Mayor de Blasio.

CHECK OUT: Atlanta took down barriers. Anarchists put them back only for the Mayor to negotiate over their demands. Unfortunately, demands weren’t met soon enough because an 8-year-old child was killed at the barriers.

COVID-19 Getting Blamed Despite Trend

This turn of events isn’t out of the blue either, in June, 205 people were shot.

The New York Police Department wrote: “For the month of June 2020, the number of people victimized by gun violence and murder in New York City spiked significantly, when compared to the same period in 2019. Between June 1 and June 30, there was a 130% increase in the number of shooting incidents across the city (205 v. 89) as the number of shootings rose in every borough of New York.”

Democrats To Blame Not COVID-19

NYPD Chief of Department Terence Monahan said: “It’s a combination of things — bail reform, COVID releases from prison, court shutdown, which has Rikers at half of where they were.”

Prison Releases: Roughly 2,500 Rikers inmates, many of whom had violent backgrounds, were released because of COVID-19.

Chief Monahan makes a more valid argument than the Mayor and on Monday, July 6, the NYPD stated that 275 out of the roughly 2,500 inmates have been rearrested on 550 criminal charges.

However, neither of them point the finger at the anarchists who have been empowered because of inaction. Surely this lawlessness has added to a New York City now in the midst of a criminal free-for-all?

CHECK OUT: Watch another “peaceful protester”, with their identity hidden in an outfit AOC would be proud of, sneaking up to a driver who had stopped because of a human roadblock and opened fire.