“Meat Will Disappear” From Stores If Lockdown Continues 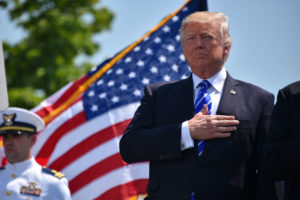 As food processing plants are forced to close because of COVID-19 outbreaks, meat-eating citizens have been warned that they’ll see the impact on grocery store shelves soon enough. America’s meat will disappear, reportedly.

In an attempt to warn America, Tyson Foods rolled out a full-page ad in The Washington Post and The New York Times. The ad read that millions of chickens, pigs, and cattle will be taken from the market because of plant closures in Indiana and Iowa.

John Tyson, board chairman of Tyson Foods said in the ad: “There will be limited supply of our products available in grocery stores until we are able to reopen our facilities that are currently closed.”

Worst still, the longer these new pandemic rules remain in effect, the bigger the impact will be.

In The Washington Post and The New York Times ad, Tyson even stated: “Meat will disappear.”

CHECK OUT: New York Mayor asked “are you using this crisis to take us into socialism?” It sounded like the answer was yes.

It may seem like an extreme statement but the issue goes beyond Tyson Foods. Smithfield Foods also had to shut down a plant in South Dakota because hundreds of employees were infected with COVID-19.

Smithfield CEO Ken Sullivan said in a statement: “These facility closures will also have severe, perhaps disastrous, repercussions for many in the supply chain, first and foremost our nation’s livestock farmers.”

Between the three plants closed in Indiana, Iowa, and South Dakota, 15-percent of the country’s pork production has been taken offline.

Sullivan continued: “It is impossible to keep our grocery stores stocked if our plants are not running.”

Two people have since tragically died who worked in the Smithfield Foods processing plant. The President is in a tough position. Citizens need the food supply chain to work but at what cost to life?

CHECK OUT: Doctors reveal all, including data that shows COVID-19 is like the flu, that the lockdown is weakening our immune systems, and one other big revelation.

The reality is that workers in food processing plants are on the front-line. They work in close proximity to those around them and despite some having protective gear, it is an environment where a highly contagious virus-like COVID-19 will spread.

In South Dakota, at the time of the closure, the infections within the Smithfield Foods plant accounted for 55-percent of the states total infected. In the Indiana and Iowa plants, there were 182 cases of COVID-19.

The issue is that the United States needs its food processing plants at optimum because we’re in a global lockdown. Imports aren’t an option. Therefore governors and government should be putting the safety of these front-line workers first with constant tests and health care so that the plants can stay open.

It seems we’re at a point where the lockdown, which was meant to protect medical services from being overwhelmed by COVID-19 is being put above all else. Even the food supply chain and that doesn’t make sense.

CHECK OUT: Of course they did, China donates $50-million in less than two months as President Trump cuts off W.H.O funds.

Some may think the idea of meat disappearing is fear-mongering but we have already seen supply and demand hit hysteria with people buying toilet paper and hand sanitizer. We saw the effect that had on grocery store pricing.

And that is just toilet paper and hand sanitzer, imagine the hysteria if it was a food shortage?

Vegetarians and vegans who think meat disappearing will have no impact on them are wrong. If meat isn’t available, the demand for everything else increases and so will the price.

We have to have faith that the President has put the food supply chain at the same level of importance given to hospitals during this lockdown. If the supply chain hasn’t been protected and the warnings are true, this lockdown is going to get even tougher.

CHECK OUT: Joe Biden is under investigation for sexual assault and the mainstream media aren’t even hiding their double standards.