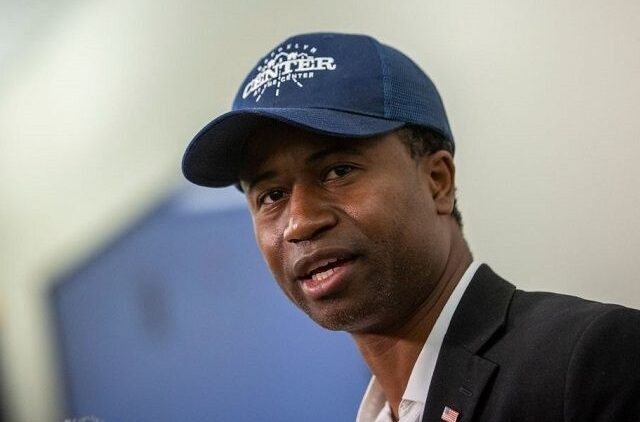 Brooklyn Center Mayor Mike Elliott told reporters Tuesday that he does not believe officers need to have weapons during every traffic stop. His comments follow the shooting death of Daunte Wright on Sunday.

“I don’t believe that officers need to necessarily have weapons every time they’re making a traffic stop,” Mayor Elliott said in a video tweeted by the Washington Examiner. The mayor also said officers might not need weapons in other situations as well.

Elliot’s comments came shortly after he assumed command and control of the Brooklyn Center Police Department following the shooting of Wright by 26-year-veteran Officer Kimberly Potter during a traffic stop. Bodycam video released by the city shows Potter holding her service pistol while threatening to tase Wright as he resisted arrest and attempted to flee. Potter resigned from the department on Tuesday.

The Brooklyn Center mayor’s assertion that police do not “need to necessarily have weapons for every traffic stop” comes the same week as the release of footage from the New Mexico State Police, illustrating how quickly a “routine traffic stop” can turn fatal for an officer.

Mayor Elliott said the lack of necessarily needing to be armed would apply in other situations as well. While he did not mention domestic violence calls specifically, these calls are also a situation where a “routine” call can turn deadly for officers.

In April 2020, a San Marcos, Texas, police officer died and two others were wounded while responding to a domestic violence call, Breitbart reported. San Marcos Interim Police Chief Bob Klett told reporters that an alleged domestic violence suspect opened fire with a rifle on officers as they entered the apartment.

An Indianapolis police officer also lost his life while responding to a domestic violence call that same month.

In July 2020, two McAllen, Texas, police officers died as they responded to yet another domestic violence call.

“They were doing their job,” said McAllen Police Chief Victor Rodriguez during a streamed news conference on Saturday night. “They never had the chance to suspect deadly assault on them, much less death.”