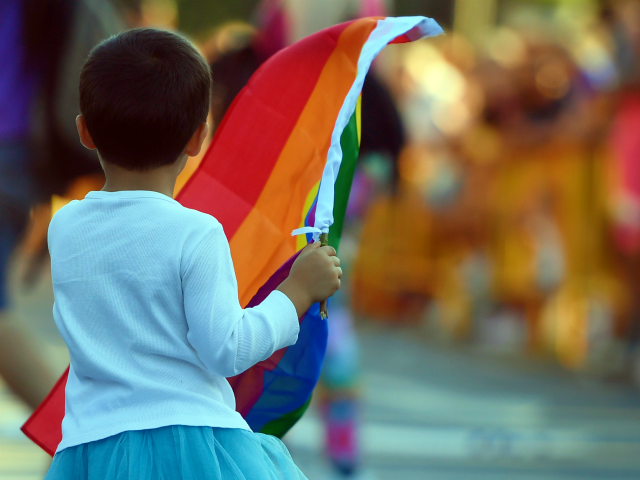 A Texas mother has threatened the father of their six-year-old son with a child abuse charge because he will not affirm their son is transgender.

According to a petition to modify the parent-child relationship brought by mother Anne Georgulas, her 6-year-old son, James, is a “gender expansive or transgender child and, by choice, now goes by the name Luna.”

Georgulas, a pediatrician, is seeking to terminate the parental rights of James’ father, Jeffrey Younger, because the child behaves as a boy – his biological sex – when he is with his father. James’ mother also wants Younger to pay for their son’s counseling with a therapist who will affirm his transgender identity, and for transgender hormonal treatments which may begin at age eight.

“The willingness of the courts to go along with probable child abuse is creating conditions for massive social unrest,” states Younger in a dossier filed with the court. “Few things are more important to people than the care and rearing of their young. The courts are entertaining government suppression of some of the most fundamental practices and traditions of American families.”

James’ mother has diagnosed their son with “gender dysphoria,” a psychological disorder that is characterized by a child’s “persistent, consistent, and insistent” assertion of “their cross-gender statements and behaviors.” However, when James is with his father, he reportedly acts and behaves as a boy by his own choice.

Walt Heyer, who ultimately rejected his own transgender life as a female, reports at the Federalist that he has researched the case of James:

The transition therapist has observed that James is not consistent, insistent, or persistent in the desire to become “Luna.” For example, a dossier filed with the Dallas court says that, under the skilled eyes of the therapist, the child was presented two pieces of paper, one with the word “James” and one with the word “Luna,” and asked to pick the name he preferred. When the appointment only included his mother, James selected Luna, the name and gender he uses at his mother’s home and in his first-grade classroom. When the appointment was only with his father, however, James pointed to the boy name James, not the girl name.

The court, however, has prohibited James’ father from dressing him as a boy or from sharing faith-based or biologically-based scientific teachings on sexuality, even though, as Heyer reports, family friends who have observed James when he is in his father’s care affirm he dresses and behaves as a boy by his own choosing.

James’ “transition therapist,” however, continues to identify him as “Luna” and to place him on track for gender transition.

In his book, Trans Life Survivors, Heyer shares first-hand stories of misdiagnosis of gender dysphoria and its “heart-breaking results.”

“A questionable diagnosis locks a vulnerable child into an alternate gender identity long before they can understand what is happening or where it might lead,” Heyer writes. “It’s up to the adults to observe the child carefully, consider and question the grey areas, and ultimately guard innocent children against hasty diagnoses and conclusions about something so fundamental as their gender identity.”