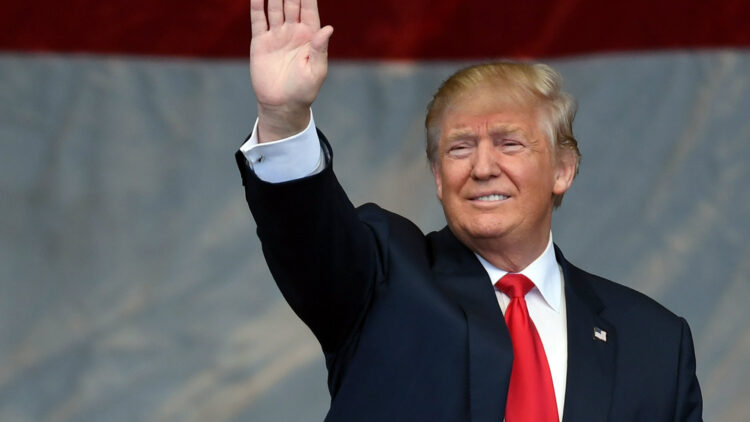 A horde of former Republican officials are reportedly in discussions to form a decidedly anti-Trump third party. POLL: What scares you the most?

According to a Reuters report Thursday, the former officials “view the party as unwilling to stand up to former President Donald Trump and his attempts to undermine U.S. democracy.”

As such, the unnamed officials are reportedly in talks to form a “center-right breakaway party,” the outlet noted, citing four people involved in such discussions.

“More than 120 of them held a Zoom call last Friday to discuss the breakaway group, which would run on a platform of ‘principled conservatism,’ including adherence to the Constitution and the rule of law — ideas those involved say have been trashed by Trump,” Reuters noted. “The plan would be to run candidates in some races, but also to endorse center-right candidates in others, be they Republicans, Independents, or Democrats.”

Evan McMullin — former chief policy director for the House Republican Conference and who ran as an independent candidate in the 2016 presidential election — told the outlet that he co-hosted the Zoom call.

“Large portions of the Republican Party are radicalizing and threatening American democracy,” McMullin said. “The party needs to recommit to truth, reason, and founding ideals, or there clearly needs to be something new.”

He said that more than 40% of those on the Zoom call “backed the idea of a breakaway, national third party.”

“Another option under discussion is to form a ‘faction’ that would operate either inside the current Republican Party or outside it,” the outlet added.

The participants are said to have discussed the “wide intraparty rift over Trump’s false claims of election fraud” as well as the riots that took place Jan. 6 at the U.S. Capitol.

“Call participants said they were particularly dismayed by the fact that more than half of the Republicans in Congress — eight senators and 139 House representatives — voted to block certification of [President Joe] Biden’s election victory just hours after the Capitol siege,” Reuters noted.

One participant is said to have noted, “[T]here is a far greater hunger for a new political party out there than I have ever experienced in my lifetime.”

Reuters reported that party names under consideration include the “Integrity Party” and the “Center Right Party.”