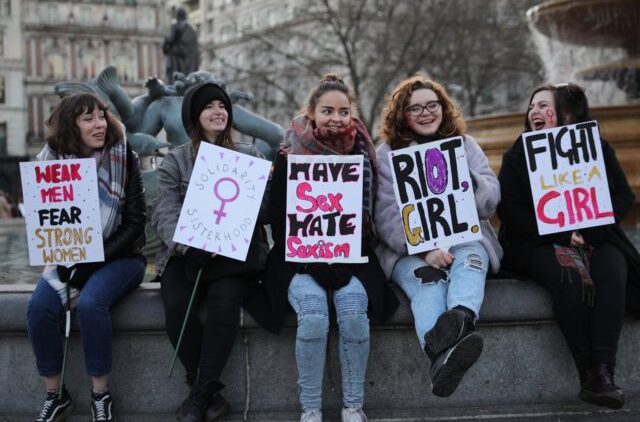 The woke march through the institutions has ramped up at Manchester University, with after the UK’s second-largest university told staff to refrain from using gendered words such as “father” or “mother” in favour of more “inclusive language”.

In guidance released on the university’s website, the school said: “At Manchester, we embrace and celebrate difference and respect. We support each other to create an environment where everyone is able to reach their full potential.”

“The way we write for and about people can help to promote equality, diversity and inclusion, and provide the same opportunities for all. This guide outlines how to use inclusive language to avoid biases, slang or expressions that exclude certain groups based on age, race, ethnicity, disability, gender or sexual orientation.”

On the issue of gender, the university said that “binary gender terms (man/woman, girl/boy) have traditional associations with sex, but we now recognise how some people identify with a gender opposite to that assigned to them as a child (trans) and others identify neither as men nor women (non-binary or genderfluid).”

Therefore the school released a list of dos and don’ts for university staff, which read as thus:

Manchester University’s woke language code went on to prohibit classifying people as “mentally ill”, or even seemingly innocuous medical descriptions such as: “diabetics, wheelchair-bound, handicapped, suffering from cancer, victim of dementia, or able-bodied”

Instead, the woke outline demanded that staff use the terms: “disabled person, person with a disability, people living with cancer, people with diabetes, and wheelchair user”.

Manchester also targeted so-called “ageism”, demanding that staff refrain from using age as a descriptor, for example by referring to a “mature workforce” or a “young and vibrant team”. The university also said to “actively avoid ageist terms” such as “elderly”, “pensioners”, or “youngsters”.

“If I was a student at Manchester University I’m not sure I would regard this as a good use of my £9,250 a year,” Young told the BBC.

“Instead of focusing on educational standards, or supporting those students who’ve been short-changed during the pandemic, Manchester has wasted time and money on producing a guide to how to speak woke-ish.

“Young people hate it when you call them snowflakes, but Manchester has done its students no favours,” he noted.

A spokeswoman from Manchester University told the Daily Mail that the terms mother and father have not been banned from campus, but that staff have merely been told to use “more inclusive language” instead.

“The University has not scrapped or banned any words, we have simply produced a guidance document for our staff that encourages the use of more inclusive language to avoid bias or assumptions.

“In that, we recommend the use of the term ‘parent or guardian’. This is well-established terminology and does not in any way mean that we are banning the words mother or father.”