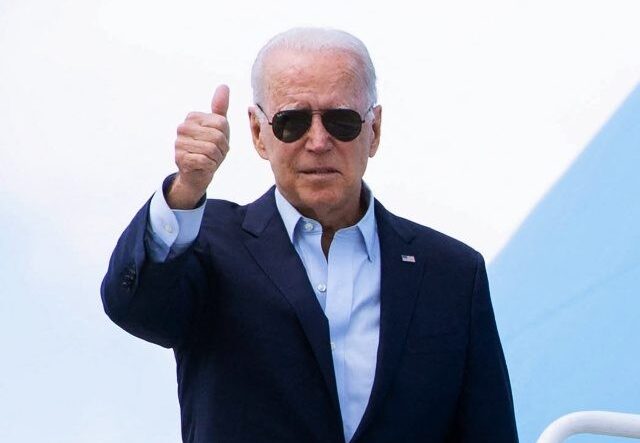 Multiple reports Monday hinted the White House is weighing a trip for President Joe Biden to Europe amid the ongoing Russian invasion of Ukraine.

The plan, which is still being finalized, calls for Biden to meet with other leaders from the NATO alliance in Brussels on March 23, said three of the sources as cited by Reuters.

A lightning stop at another unspecified European location with a focus on the war in Ukraine was reported by NBC news, with the president seeking to carve out a role as an international peacemaker.

The president’s most recent trip across the Atlantic came in November last year when he attended the COP26 UN Climate Change Conference in Glasgow, Scotland.

The Duchess of Cornwall later reportedly told close associates Biden made his own contribution to global supplies of natural gas at the event when he farted “loudly” in front of her at an official reception.

Camilla was apparently blown away by the smelly incident and “hasn’t stopped talking about it” since: “It was long and loud and impossible to ignore,” an insider told the Mail on Sunday.

This trip will not be about climate but diplomacy.

White House spokesperson Jen Psaki confirmed the United States was closely engaged with its NATO partners and European allies but that there had not been any final decision about a presidential trip.

If Biden’s journey takes place it will come in the footsteps of Vice President Kamala Harris who visited Poland and Romania last week.

Her three-day sojurn to Eastern Europe was meant to reinforce U.S. support for the region against Russian aggression, however her awkward appearance at a major press conference dominated media coverage:C-SPAN0 seconds of 1 minute, 8 secondsVolume 90%

“The United States continues to stand with the people of Ukraine and will continue to work to meet their immediate needs and save lives,” Harris said in a tweet Friday as she sought to regain her diplomatic composure.

U.S. Secretary of State Antony Blinken also visited Eastern Europe earlier this month, including a stop in Poland during which the two NATO countries vowed to coordinate their political, economic, social and humanitarian responses to the Russian actions in Ukraine.