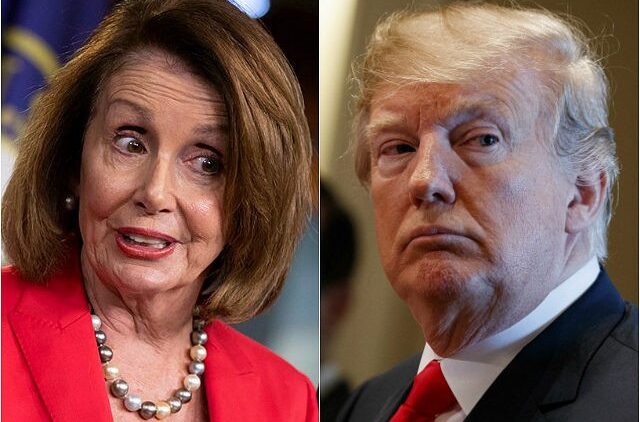 House Speaker Nancy Pelosi voiced her frustration with President Donald Trump during meetings with her leadership team over the weekend.

“I’m counting down the hours ‘til he’s gone. I plan to pull him out of there by his hair, his little hands, and his feet,” Pelosi said, according to a Politico story published Tuesday.

Pelosi made her remarks as Democrats and Republicans negotiated a massive 5,593 $2.3 trillion coronavirus relief and government funding bill over the weekend.

President Trump and Pelosi have not spoken for over a year after she accused the president of having a “meltdown” during an October 2019 meeting at the White House, pointedly tore up his State of the Union Speech and tried to impeach the president.

In return, Trump frequently criticized Pelosi, calling her “crazy Nancy” and “nuts” and even “crazy as a bedbug.”

Treasury Secretary Steven Mnuchin did most of the negotiating with House Democrat leaders as well as White House chief of staff Mark Meadows.