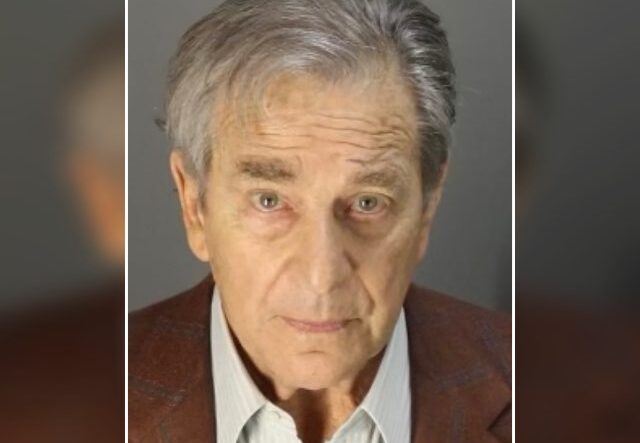 The Napa County Department of Corrections released House Speaker Nancy Pelosi’s husband’s mugshot on Monday, weeks after his arrest for driving under the influence.

Paul Pelosi, 82, was arrested and booked for driving under the influence of alcohol more than two weeks ago on May 28.

After Pelosi’s arrest in late May, authorities revealed that the House Speaker’s husband was one-half of a two-vehicle collision that occurred while he was under the influence.

Pelosi was driving eastbound down Walnut Drive when he attempted to cross State Route-29, and his 2021 Porsche was “struck by” a Jeep traveling northbound just before 10:30 p.m. on Saturday, CHP said in a statement.

Photos of the junction reportedly show Pelosi would have had to have driven through a stop sign to get on SR-29. Video of the crash site reportedly shows “a busted out fence and downed sign.”

CHP determined the crash to be a “two-vehicle non-injury crash” and arrested Pelosi for driving under the influence at 11:44 p.m., just five miles away from the Pelosi’s River Run vineyard. Law enforcement did not arrest the 48-year-old driver of the Jeep.

Pelosi’s mugshot was taken around 4:30 a.m. on May 29, roughly five hours after California Highway Patrol (CHP) officers arrested him on two misdemeanor counts of driving under the influence.

Napa County officials released Pelosi’s mugshot just days after CHP refused to release the body cam footage of his arrest, warning that public release of the video could “jeopardize” the investigation.

“In Napa County, the decision to release or withhold mugshots or booking photos lies with the Napa County Department of Corrections, not the District Attorney’s Office,” a county spokesperson told Fox News. “In the days after Mr. Pelosi’s arrest, Napa County followed the Department of Corrections’ policy regarding the release of booking photos and mugshots. Mr. Pelosi received the same treatment under that policy that all individuals released from County Jail receive.”

The local district attorney’s office has not formally charged Pelosi for driving under the influence. The agency said last week that “no decision has been made” about whether to charge Pelosi for his actions.