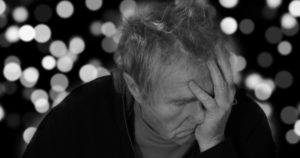 To celebrate its up-coming 100th year, Land O’Lakes Butter, the Minnesota based company has removed the Native American maiden, named Mia from its branding.

The company President and CEO, Beth Ford said in a statement: “We need packaging that reflects the foundation and heart of our company culture — and nothing does that better than our farmer-owners whose milk is used to produce Land O’Lakes’ dairy products.”

That’s fair enough, but this isn’t a branding tweak, Mia is MIA. She’s gone from the website and from next year, she’ll be gone from the branding too. There’s not even a nod to her existence. It’s as if Mia, the Native American maiden had offended someone…

Allegedly, the use of Mia was racist. With one meme-maker summarizing everything that allegedly offended:

That’s right, the use of a Native American is “privilege protection,” it also “oppresses all cultures,” is “abusive,” and has a “net genocide (of) 500+ years.”

And I thought it was just a picture of a character holding a block of butter.

As per usual, some left-leaning social studies “professor” has climbed out of academia to give their take. The American and Ethnic Studies professor, Adrienne Keene said: “It could have been a very strong and positive message to have publicly said, ‘We realized after a hundred years that our image was harmful and so we decided to remove it,’”

That’s right, Land O’Lakes didn’t shout loud enough about ditching its 100-year-old symbol. They just did what the politically correct brigade wanted, and still ended up getting critiqued for not shouting it from the rooftops.

The professor added: “In our current cultural moment, that’s something people would really respond to.”

Really? We thought, in this current cultural moment people are more concerned about their business, the family they’re unable to visit, and where their medication is coming from.

CHECK OUT: W.H.O chief is acting like a propaganda puppet for communist China’s global takeover plans.

Where’s the line with political correctness?

We get that some things can be considered offensive. For example, the sculpture in Minnesota based on the hanging of 38 members of the Dakota tribe in 1862.

The designer, Sam Durant, said he did extensive research about the hangings and intended this piece of art for “meditation on capital punishment and white supremacy.”

If political correct activists had protested, we’d get it. It could be considered offensive to everyone because those 38 members of the Dakota tribe were hung, plus they killed 650 civilians, including 100’s of children.

It isn’t a moment in history anyone should want to commemorate. More worrying is that the sculpture looked like a children’s climbing frame and play area, which is disturbing.

Here’s the big question, when and where will political correctness end? Pulling down a statue of a dictator, or burning a sculpture that’s depressing might make sense in certain circumstances but classing the Land O’Lakes Butter branding as racist is nonsensical.