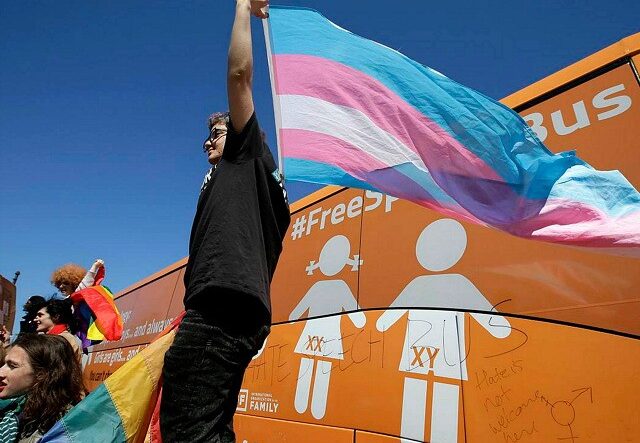 A model New Jersey state curriculum provided to parents in the Westfield school district and released by State Sen. Holly Schepisi (R-39) suggests that students should begin learning about gender identity as early as the first or second grade.

Transgender activists believe that gender identity is different from biological sex, and that individuals may switch genders. While there is growing tolerance for that idea among adults, including in Supreme Court decisions, many Americans believe it should not be introduced to young children, for whom discussions of sex, gender, and sexuality are inappropriate.

“Although I voted against the legislation mandating certain sexual education classes for even the youngest of children I’ve taken a measured approach and have waited to further comment until I saw what was proposed,” Sen. Holly Schepisi said in a story posted on the Save Jersey website. “Today I reviewed all of the model school instruction materials and I truly think New Jersey has lost its damn mind.”

“While some of the lessons I agree with, many are completely overboard with cringy detail for young kids and some go so far as unnecessarily sexualizing children further,” Schepisi said. “For me the most outrageous part are teachers are instructed to promote a website Amaze and its YouTube channel to kids as young as 9 for them to get additional information on sex ed.”

“I encourage all parents to take a look and decide if this is something they deem appropriate for kids this age,” she said.

Schepisi posted the materials on Dropbox for the public to peruse.

While some materials might be considered broadly acceptable — such as telling kindergarteners that it is OK for some kids to have two mothers or two fathers — others cross into more sensitive topics.

In one set of materials for first grade, students are to be taught to “Define gender, gender identity and gender role stereotypes.” In another, for second grade students, students are to be taught that “there are some body parts that mostly just girls have and some parts that mostly just boys have. Being a boy or a girl doesn’t have to mean you have those parts, but for most people this is how their bodies are.”

In addition, Schepisi pointed to materials for students in fifth grade, which includes a link to a website called Amaze. The Amaze YouTube channel includes a separate video (not linked in the materials) promoting pornography:

Fox News reported: “A spokesperson for Westfield Public Schools told Fox News Digital that the teaching materials were not the school district’s plans. The school superintendent told Fox News Digital that the materials presented to parents at the February Board of Education meeting were a ‘sample list of resources’ aligned with state policy.” The district also said that the state’s suggested standards were not mandatory.

The Biden administration opposes efforts to restrict instruction on gender and sexuality for the youngest children, such as the new Parental Rights in Education Act signed into law by Florida Gov. Ron DeSantis, which bars such materials from kindergarten through third grade.

Earlier this week, when Fox News White House correspondent Peter Doocy asked White House press secretary Jen Psaki whether the Biden administration believes that children from kindergarten through third grade should have “classroom instruction about sexual orientation and gender identity,” she responded: “Do you have examples of schools in Florida that are teaching kindergarteners about sex education?”

Psaki argued that the law was intended merely to stigmatize transgender “young people,” and were not addressing an actual issue.