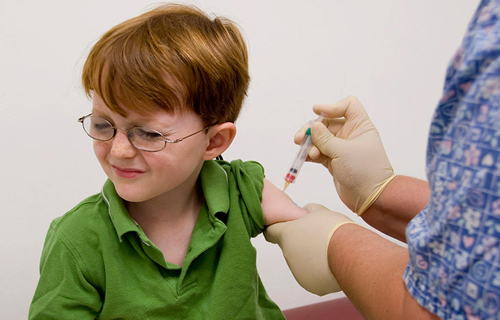 New York City schools have been largely shuttered during the coronavirus pandemic. But now that COVID-19 vaccinations have been OK’d for adolescents, the city’s leadership has found a use for the buildings: inoculations. POLL: What scares you the most? about:blank

Mayor Bill de Blasio (D) announced Wednesday during his daily news briefing that the city will begin a pilot program to administer vaccinations to students at public schools, the New York Post reported.

Touting that the move will “open up a world of opportunities,” de Blasio revealed that his administration planned to “reach a lot of young people quickly” by making “schools a place where kids can get vaccinated.”

“We are going to reach kids everywhere and make kids much, much safer,” he continued.

According to the mayor, the city and its health department are teaming with the United Federation of Teachers.

The program will begin in four Bronx public schools and then eventually expand to the other five boroughs.

Did he say the UFT is involved?

Yes, the same massive teachers union that held the city hostage has been tapped to help get shots in kids’ arms.

It was just last summer that the UFT declared that teachers would not return to in-school instruction until every student and every staff member was tested for COVID-19, along with a list of other demands.

“Every single person — both adult and child — that is to enter an NYC school must have evidence that they do not have the COVID virus,” UFT President Michael Mulgrew said at the time. “New York City must have a rigorous and intensive testing system in place. What happened in March cannot happen again.”

Since then, research has shown that schools are not serious vectors for the virus.

Months later, when the vaccine was first being administered to the public, the UFT wanted teachers given inoculation priority before returning to the classrooms. The city obliged, but still it wasn’t enough to get schools reopened.

Finally, just last month, de Blasio decided he would no longer cave to the unions and announced that all New York City schools would reopen at the beginning of the new school year and that remote learning would not be an option.