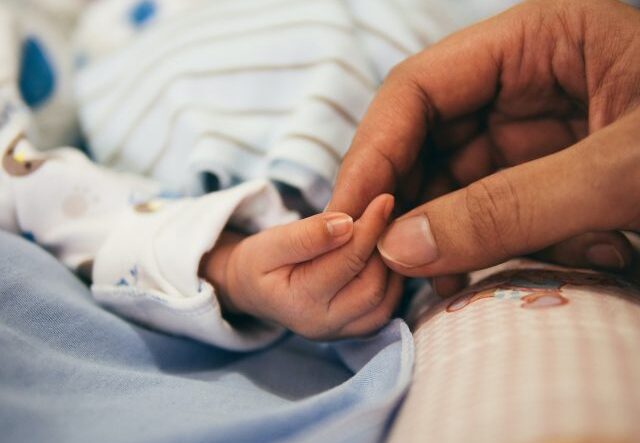 oe Biden’s baby formula shortage has hit the city of Milwaukee so badly “babies have been admitted to [the] emergency room for malnutrition,” reports TMJ4.

“It is true that we’ve seen babies hospitalized because they don’t have enough formula, or they’ve made homemade formula that aren’t meeting their nutrient needs, and they’re experiencing things like malnutrition,” Jennifer Crouse, the Clinical Nutrition Manager with Children’s Hospital of Wisconsin told TMJ4.  “This is something that’s harming kids because we don’t have enough supply on the market.”

And we don’t have enough supply on the market because His Fraudulency Joe Biden is more concerned with pronouns than ensuring America’s children have enough to eat.https://2e5b9d80f7fa458531da6dbed1177abf.safeframe.googlesyndication.com/safeframe/1-0-38/html/container.html

This is a national crisis, not a local crisis.

This is an American crisis, not a worldwide crisis.

This is on Joe Biden.

Our border is being invaded. Joe Biden only wants to protect Ukraine’s border with $40 billion of our dollars.

Violent crime is surging. Joe Biden wants to castrate cops and take away our guns.

Homelessness fueled mostly by addiction is everywhere. Joe Biden wants to keep the record amount of fentanyl flowing across the border.

Like the third world country Democrats are desperate to turn us into, America — America! — is having to fly in baby formula, and nowhere near enough — just enough to make the media’s Blue Checkmarks drop their pants and bend over.

Look at this; look at what Joe Biden is doing to our children…

Children’s Wisconsin says homemade formula can cause liver and kidney damage or even an imbalance in your baby’s body that can cause their heart to stop.

“The other thing we’ve seen is families trying to dilute formula by adding extra water, another thing we would definitely discourage against,” Crouse said.

The hospital says diluting formula can lead to brain swelling or even organ failure.

We cannot feed our babies. Worse, this godforsaken administration has known for months — months! — this was coming and did nothing. Why? Because feeding babies is nowhere near as important to them as pronouns.