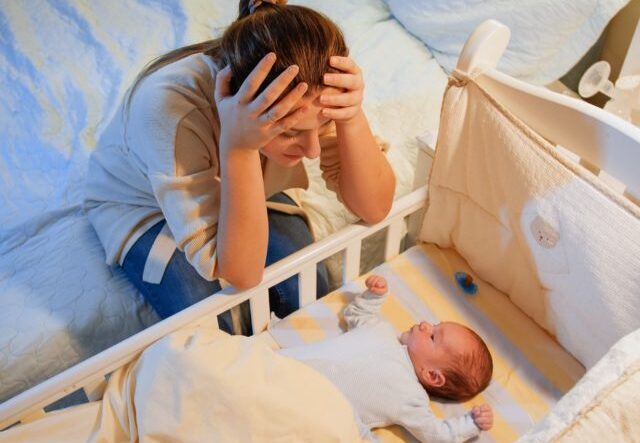 Wynter Balthrop needs a specific hypoallergenic baby formula for her eight-month-old and can’t find it. Now she has no choice but to feed her daughter a formula that upsets her little stomach.

Is this a story out of Africa? South America? Mexico? The Middle East?

Nope. This is what’s happening in Joe Biden’s America.

Balthrop told Fox News she and her husband “went to six different stores and searched and called multiple others as far as three hours away from us — and we were not able to find one can or bottle of her formula.”

Baby formula on sale at a big box store on January 13, 2022 in Chicago, Illinois. Baby formula has been is short supply in many stores around the country for several months. (Scott Olson/Getty)

She added she was “panicking and sad for my girl because we had enough formula left to make one bottle — and I knew we would have to use the generic formula that hurt her stomach again. And that broke my heart.”

In six different states — Iowa, Missouri, North Dakota, South Dakota, Texas and Tennessee — over half the baby formula was sold out during the week starting Sunday, April 24, said Datasembly, a Tysons, Virginia-based provider of real-time product pricing and assortment data for retailers.

“Inflation, supply chain shortages and product recalls have brought an unprecedented amount of volatility for baby formula,” said founder and CEO Ben Reich in a statement.

“We expect to continue to see the baby formula category being dramatically affected by these conditions. Baby formula stock … has been one of the more affected categories so far in 2022, and one that will continue to demonstrate higher than average out-of-stock levels,” he also said.

We can’t get enough baby formula?

What the hell is going on?

Well, this is what happens when Democrats are in charge. In the third-world country we call California, the residents cannot get enough water and electricity.

Another reason for this baby formula shortage is due to the corporate media. Rumblings over this shortage reach back weeks, but in order to protect Biden, the corporate media ignored it just like they ignore everything else until they no longer can, e.g., Hunter Biden’s laptop, inflation, etc.

Had there been some early focus on the problem from the corporate media, which would have put some early pressure on the Biden White House to do something about it, Wynter Balthrop might not be crying in an American parking lot.

If Trump were president, this would not have happened. He would have gotten wind of it, and just like he did the medical supplies in the early days of the China Flu pandemic, he would have moved mountains to ensure every mother in America had plenty of baby formula.

There’s nothing we can’t do.