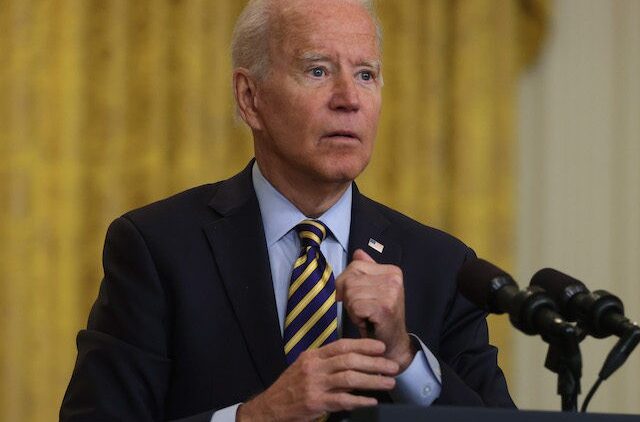 Despite the best efforts of our fake media, the latest polling from Rasmussen Reports shows that 1) voters are well aware there’s a serious border crisis, and 2) this crisis is the fault of His Fraudulency Joe Biden.

And, as you will see, these numbers are not at all inconclusive. When it comes to the border, Biden has a significant problem on his hands.

Let’s start with the primary lie Biden, Democrats, and the fake media tell… Which is that the border crisis is somehow Donald Trump’s fault, even though, as we all know, Trump had pretty much solved border issues.

When asked if the nation’s immigration problems are the fault of Trump administration policies, only 37 percent said yes.

When asked if our border problems are the fault of Biden’s policies, a clear majority of 54 percent said yes.

When asked if what’s happening on the border is a “crisis,” a whopping 70 percent said yes, compared to just 21 percent who said no.

So obviously, both the Biden administration and the establishment media (if you’ll excuse me for repeating myself) have failed miserably in trying to gaslight the public into believing this is not a crisis.

When asked how Biden is doing handling the crisis, a whopping 67 percent rated him as fair to poor, and 52 percent, a clear majority, said poor.

Haitian migrants use a dam to cross to and from the U.S. from Mexico, Friday, Sept. 17, 2021, in Del Rio, Texas. Thousands of Haitian migrants have assembled under and around a bridge in Del Rio presenting the Biden administration with an immediate challenge as it tries to manage large numbers of asylum seekers who have been reaching U.S. soil. (AP Photo/Eric Gay)

Only 30 percent rated his performance as excellent (13 percent) or good (17 percent).

On the overall question of how they rate the country’s current immigration problems, another clear majority of 73 percent said poor (53 percent) to fair (20 percent).

So why is Joe Biden flooding the country with illegal aliens?

Well, first off, Democrats have never made any secret about using foreigners to replace Americans who don’t vote for them. Breitbart Texas

But another reason Biden’s flooding the country with illegals, tens of thousands of them, is to kill unvaccinated Trump supporters.

You see, it would be very easy for the government to give every illegal alien they allow into the country the Johnson & Johnson vaccine. That vaccine only requires one shot, and you are good to go.

But Biden won’t do that.

However, Biden does require that every foreign tourist be vaccinated.

Gee, I wonder why that is?

Well, when you look at these facts, and they are all facts, there is only one conclusion… Tourists primarily visit blue cities. Biden does not want infection spread in blue cities, so he required that tourists be vaccinated.

The left wants us dead.

If someone has a better answer to this, I’m all ears, but there is just no other explanation for why tourists are required to be vaccinated, and illegal aliens are not.