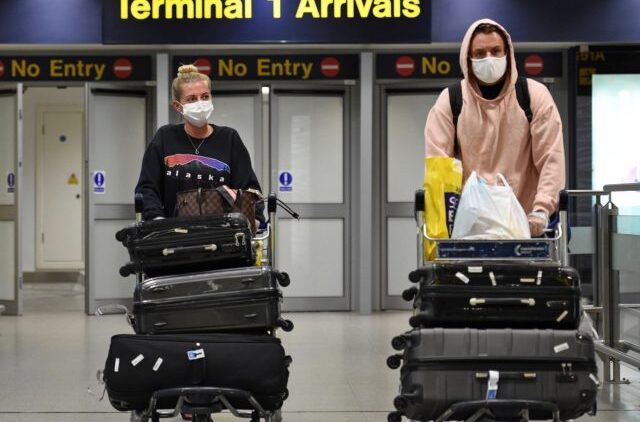 The health officer of Los Angeles County said that those who don’t wear masks in public in response to the coronavirus pandemic are guilty of an “act of domestic terrorism,” the Los Angeles Daily News reported. POLL: What are you most worried about?

“If it were up to me, anybody not wearing a mask when they are out in public would be arrested,” Dr. Muntu Davis said last week, according to the paper. “That’s an act of domestic terrorism and should be treated like one.”

Davis has been the county health officer since 2018.https://platform.twitter.com/embed/index.html?dnt=false&embedId=twitter-widget-0&frame=false&hideCard=false&hideThread=false&id=1024002728941346816&lang=en&origin=https%3A%2F%2Fwww.theblaze.com%2Fnews%2Fnot-wearing-mask-in-public-is-act-of-domestic-terrorism-la-county-health-officer-declares&partner=rebelmouse&theme=light&widgetsVersion=ed20a2b%3A1601588405575&width=550px

Davis’ declaration came as county public health officials have been faced with “dramatically increased rates of transmission and potentially exponential growths of deaths in the coming weeks” as ” hospital rooms fill up again and depleted hospital staffs scramble to keep up,” the Daily News noted.

The paper also said health officials worry that such resources could be overwhelmed across the county as more people ignore public health guidelines.

“Limiting certain activity that can easily result in increased cases like outdoor dining at restaurants is done to try to get our case rates lower so we can move to a less restricted tier and open more businesses,” Davis added, according to the Daily News. “We know what we have to do, but not enough people are doing it.”

Indeed, county supervisors last week barred outdoor dining at restaurants — not that it prevented Supervisor Sheila Kuehl from doing just that only hours after her vote for the ban.

The Daily News added that county projections show COVID-19 present in roughly one in every 145 people — many of whom may not know it.

Interestingly, Los Angeles County Public Health Director Barbara Ferrer and Davis have “acknowledged that contact tracing cannot definitively point to outdoor dining as the cause of the surge. Davis leaned on Centers for Disease Control studies. They stressed it is the only retail activity that allows customers to be mask-less for long periods of time,” the paper added.

The county also issued a new health order that went into effect Monday, saying “residents are advised to stay home as much as possible and always wear a face covering over their nose and mouth when they are outside their household and around others.”