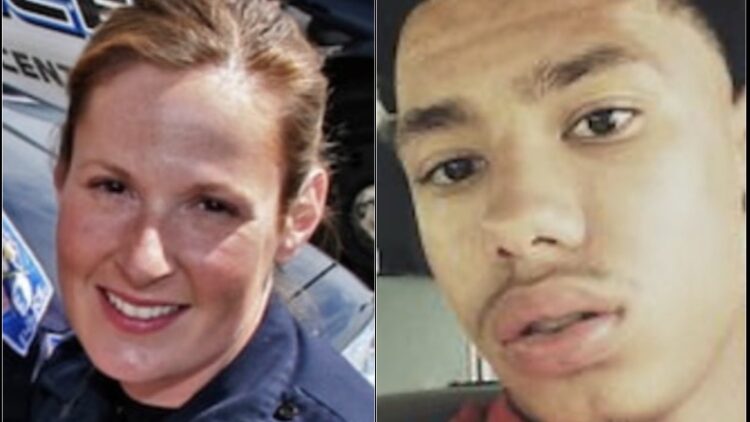 The police officer who fatally shot a black man in a Minneapolis suburb has been charged with second-degree manslaughter, a prosecutor said Wednesday. POLL: What scares you the most?

The Washington County Attorney’s office has charged Brooklyn Center police Officer Kim Potter in the death of 20-year-old Daunte Wright, who was shot Sunday afternoon while attempting to escape police during a traffic stop in Brooklyn Center, Minnesota.

The Brooklyn Center Police Department on Monday said Potter, a 26-year veteran of the force, fatally shot Wright by accident after mistaking her handgun for a Taser.

Ben Crump, the attorney for the Wright family, disputed the police department’s claim that the shooting was an accident, noting that as a veteran of the force who trained other police officers, Potter would have known whether she was wielding her Taser or a firearm, KARE-TV reports.

Court documents show that Wright had an outstanding warrant for his arrest and was facing an attempted robbery charge for an incident when he allegedly choked a woman and held her at gunpoint.

On Sunday afternoon, Wright, who was driving a white Buick with his girlfriend in the passenger seat, was reportedly pulled over by police for expired license plate tags. When police discovered there was a warrant for his arrest, they attempted to make an arrest.

Body camera footage of the shooting incident released by the police department shows a brief struggle as Wright attempted to break away from the arresting officer and retreat into his vehicle. In the video, an officer identified as Potter repeatedly warns Wright that she will tase him before shooting him with her firearm. Wright managed to drive away, traveling for a few blocks before striking another vehicle. He reportedly died at the scene.

On Monday, Brooklyn Center Mayor Mike Elliott took direct control of the city’s police department with the approval of the city council and fired City Manager Curt Boganey, who had earlier told reporters that Potter would receive “due process” as the incident was investigated.

Potter and Brooklyn Center Police Chief Tim Gannon, who had characterized the shooting as an accident, submitted their resignations Tuesday.

Although Potter has submitted a resignation letter, Elliott said Tuesday he has not accepted it, adding “we’re doing our internal process to make sure that we are being accountable to the steps that we need to take.”

Riots have erupted in Minneapolis in the wake of the shooting. The trial of former Minneapolis police Officer Derek Chauvin, who is accused of killing George Floyd, is taking place just 10 miles from Brooklyn Center.

CNN reports that second-degree manslaughter in Minnesota is applicable when authorities allege a person caused someone’s death by “culpable negligence whereby the person creates an unreasonable risk, and consciously takes chances of causing death or great bodily harm to another.”