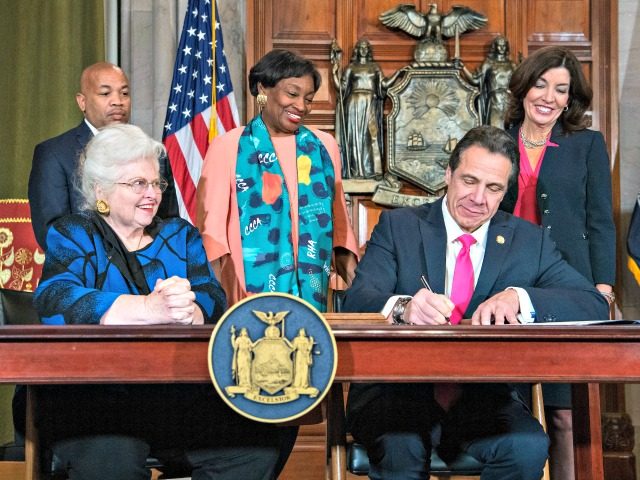 [An] abortion May be performed by a licensed, certified, or authorized practitioner within 24 weeks from the commencement of pregnancy, or there is an absence of fetal viability, or at any time when necessary to protect a patient’s life or health.

The [Reproductive Health Act] also redefines “person” as “a human being who has been born and is alive,” eliminating the possibility of recognizing the personhood of an unborn child. During her presidential campaign in 2016, Hillary Clinton stated that “the unborn person doesn’t have constitutional rights.”