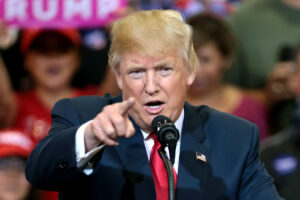 The two latest COVID-19 pandemic models were revealed Monday, May 5. One official, the other allegedly leaked. Both have one thing in common, a fear-mongering look ahead to the nation’s gradual reopening.

OFFICIAL: The Institute for Health Metrics and Evaluation (IHME) at the University of Washington revealed a projection based around states reopening. It showed the U.S. would have 134,000 deaths by August from COVID-19.

We call this “official” because the IHME data is often cited by the White House. Their previous prediction was that there would be 72,433 deaths.

LEAKED: Also on May 5, there was an alleged leaked pandemic model showing the Federal Emergency Management Agency’s (FEMA) prediction. The model said that by June there would be 3,000 COVID-19 deaths daily.

The President Calls It Fake News

We trust the President. So if he says it is fake news, we’ll accept that.

However, we also note that the President said he hadn’t seen the document, and called the document fake, not the numbers.

The White House doubled-down on this by saying that the leaked pandemic model had not been presented to the coronavirus task force for vetting. Once again, there was no denial of the numbers.

Regardless of whether the leak is real or false, the numbers on the IHME model doubled by August. So it makes sense that the death toll would rise between now and June. Even if the FEMA numbers are wrong, they won’t be a massive amount off if the IHME’s model is accurate.

We pray it’s wrong because it’ll mean many more American’s will die over the coming months.

CHECK OUT: Pelosi and gang standing in the way of real Chinese investigation.

Basically, the estimate has risen because America is reopening states. Yet, we all know the nation has to reopen or face financial, mental, and emotional ruin.

The Director told CNN that: “I think the challenge for us all is to figure out what’s the trajectory of relaxing social distancing on a measured pace that will protect us from big increases or even a full-scale resurgence.”

That may be the challenge for predictive model makers, but for President Trump, he has the impossible task of deciding whether to trust the data or his gut. This is especially difficult considering the numbers have been wrong throughout, from fear-mongering pandemic models to the CDC telling hospitals to check off every death as COVID-19 related.

All we can say is “good luck Mr. President.”

CHECK OUT: Did you know taxpayers funded the Wuhan Lab where the COVID-19 allegedly originated from?