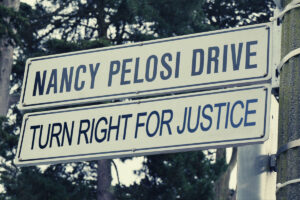 Everyone wants a real virus investigation, except for House Democrats. For whatever reason, they’re ignoring the origin of what is the biggest threat against our constitution in living memory.

In a recent interview on SiriusXM 125, Rep. Guy Reschenthaler (R-PA) said that House Speaker Nancy Pelosi would rather investigate the President again than focus on the origins of COVID-19.

At this point, citizens should realize this government will never work while Pelosi is only interested in attacking the President. We saw it when she blocked the bill that was meant to support citizens suffering during the lockdown.

During the interview, the Governor said: “The bottom line of the Democrats’ behavior is this: They hate this president so badly that they would rather side with the Chinese Communist Party (CCP) than defend Americans.”

According to Tucker Carlson, many politicians are actually more than just on the side of the CCP. They’re bankrolled by them.

CHECK OUT: There really was a deep state coup – FBI records unsealed prove it and all of America should have chills.

What Democrats Are Doing Instead

Any red-blooded American wants answers, yet Democrats continue to brush off China’s actions in this pandemic despite their questionable data, whistleblowers, and the actions leading up to their Wuhan lockdown.

Instead, Democrats are building a committee that will investigate President Trump’s handling of the COVID-19 pandemic. Unsurprisingly, it’s a committee made up of the same Democrats who hounded the President leading into the failed impeachment trial.

Those who think something more conspiratorial is going on should be forgiven, especially as it appears U.S. taxpayer’s money has been used to fund grants that went to the Wuhan lab.

If You Want A Real Virus Investigation

The reality of U.S politics right now is one of division. It appears the right want justice, and the left can’t take their eyes of President Trump.

Rep. Guy Reschenthaler (R-PA) said: “I do have to say I cringe when the media says ‘Nancy Pelosi and the Squad’ because that minimizes how far left this party has gone. It’s just not the Squad. It’s not just Nancy Pelosi. It’s most of their members. Look at the Green New Deal. When that was floated, half of their co-sponsors were on the Green New Deal. Most of these Democrats vote 90 plus percent of the time with [Rep. Alexandria Ocasio-Cortez]. This party has moved drastically to the left to the point of siding with the CCP over Americans. They don’t want to get to the bottom of these grants and they also don’t want my resolution run on the floor about defunding the World Health Organization or at least getting Dr. Tedros to resign and getting an international organization to investigate how the World Health Organization was either grossly negligent in dealing with the Wuhan virus or how they worked hand-in-glove with the Chinese Communist Party in trying to cover up the virus early on. But that’s the extent of their hatred, again, of this president and his supporters where they will not run these bills and they will not do these investigations because, again, they would rather side with the CCP than do the right thing.”

It appears that if America wants an investigation into COVID-19 that isn’t targeting the President, they’ll need to help Republicans take back a House majority.

The Gov. concluded: “It’s imperative that we as House Republicans take back the House in this next election because Nancy Pelosi and the far-left Democrats are thwarting everything we do.”

Lets pray Republicans get the majority needed because there will be no justice without it.

CHECK OUT: Great news for President Trump about Election 2020.