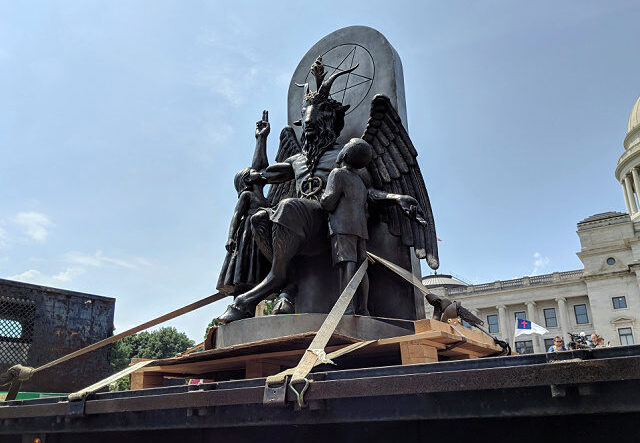 The Satanic Temple (TST) is planning on hosting an “After School Satan Club” back-to-school event at a Pennsylvania high school next month.

Dillsburg is the same town where a local school board shot down TST from hosting an “After School Satan Club” event at an elementary school in April, Breitbart News reported at the time.

Parents and residents expressed their staunch opposition to the organization hosting an event in the community back in April.

“They already took God out of schools now they’re going to let Satan in, it’s just crazy,” said Perry County Resident Jennifer McAllister back in April, according to Fox 34.

“There is a lot of evil already in this world, so to allow it to come into our school and our community is not OK,” another parent, Laura Vangeli, said at the time via WHP.

A spokesman from the temple said the event should be viewed similarly to religious freedom law.

“We’re talking about upholding fundamental pillars of democracy and the First Amendment,” said Lucien Graves, a co-founder of TST.

“The Northern York County School District released a statement about the event, saying that it does not endorse the activity of outside organizations that rent its facilities,” according to Fox 34.

In May, parents and other protesters prayed and rallied against TST from hosting a similar “After School Satan Club” event at an elementary school in Greensboro, North Carolina, Breitbart News noted.

After the Supreme Court ruling that overturned Roe v. Wade in June, TST deemed itself a “beacon of light” in pushing for pro-abortion policies. The temple’s website further claims that “Satanic abortions are protected by religious liberty laws.”

The temple announced that it was recognized as a “church” with tax-exempt status by the IRS, Breitbart News noted in 2019.