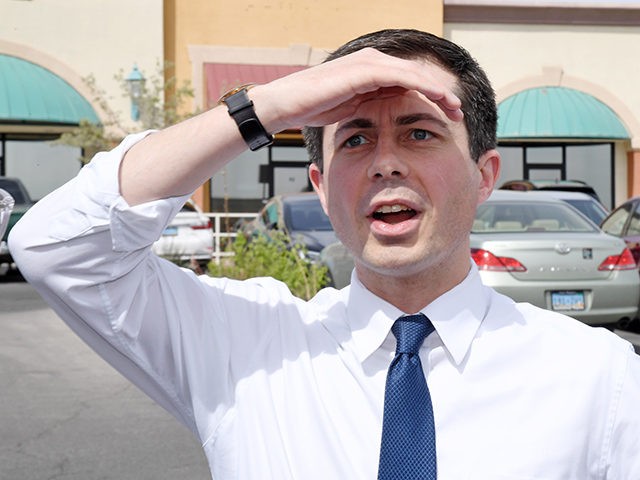 In an interview with the Associated Press, Buttigieg claimed “Trumpism” was steeped in identity politics and would have a long-lasting negative impact on the country. “By far the political movement that is most based on identity politics is Trumpism. It’s based on white guy identity politics. It uses race to divide the working and middle class,” he said. “There are a lot of strategies to blame problems on people who look different or are of a different faith or even of a different sexuality or gender identity… It’s a cynical political strategy that works in the short term but winds up weakening the whole country in the long term.”

Buttigieg’s remarks come as the mayor is rising in the polls, in large part due to a tsunami of coverage from establishment media. An Emerson Polling survey released Monday shows Buttigieg ranks third in popularity among Democrat presidential contenders with only former Vice President Joe Biden and Sen. Bernie Sanders (I-VT) ahead of him.

While critical of President Trump on the issue of race, Buttigieg conceded this week that his own campaign has failed to attract minorities and said he plans to ensure his “organization and our substance reflect our commitment to diversity.”

“I think any white candidate needs to show a level of consciousness around issues like white privilege,” Buttigieg told the AP.

“You’re much more conscious when you’re at a disadvantage than … when you are on the beneficial side of a bias,” he added. But there’s no question that that’s a factor that has impacted people in many different ways. And we need to be as alive to it as possible.”

Buttigieg officially launched his 2020 campaign in South Bend on Sunday, pledging to usher in “a new generation of leadership.” Buttigieg’s campaign announced earlier April that it raised more than $7 million in the first three months of 2019.