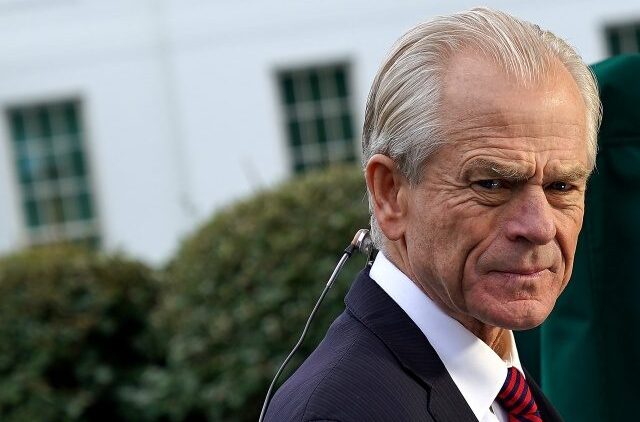 Peter Navarro, an adviser to President Donald Trump and the director of trade and manufacturing policy, released a 36-page report on Thursday detailing the alleged voting irregularities that took place in the 2020 presidential election.

Navarro presented an outline of the report in a press conference Thursday, the purpose of which, he said, was to get the word out to the media, state legislatures, and the courts to ultimately provoke a much broader official investigation of what he called “the immaculate deception” that went on in the 2020 election.

“Evidence used to conduct this assessment includes more than 50 lawsuits and judicial rulings, thousands of affidavits and declarations, testimony in a variety of state venues, published analyses by think tanks and legal centers, videos and photos, public comments, and extensive press coverage,” the executive summary of the report read.

Navarro insisted that without such an investigation prior to January 20, Inauguration Day, the nation risks never having a free and fair presidential election again. The upcoming Senate runoffs in Georgia, he added, would serve as a test case for future elections. The summary said:

From the findings of this report, it is possible to infer what may well have been a coordinated strategy to effectively stack the election deck against the Trump-Pence ticket. Indeed, the observed patterns of election irregularities are so consistent across the six battleground states that they suggest a coordinated strategy to, if not steal the election outright, strategically game the election process in such a way as to “stuff the ballot box” and unfairly tilt the playing field in favor of the Biden-Harris ticket.

Navarro said he produced the report as a “private citizen.” In the conference call with reporters, Breitbart News asked Navarro whether he believes the report could reverse the outcome of the election and put Trump on the inauguration stage on January 20 instead of Joe Biden.

“My aspiration with this report is that it’ll be a catalyst for a full investigation of all of these alleged election irregularities on a fast track and done before Inauguration Day,” Navarro said. “And my view is that: let the truth come forward. And if Biden won fair and square, then I’ll be the first to congratulate him.”

“But if there are sufficient election irregularities and illegal votes to overturn the thin Biden margins in those battleground states, then America deserves a different outcome,” Navarro added. “So let’s see what happens, as the president likes to say.”

In his remarks during the call, Navarro said he is troubled that anyone who challenges the results of the election — including the 75 million Americans who voted for Trump — is rebuffed, even mocked. He said:

There seems to be a tremendous effort on the part of many of what should be our pillar institutions in this country to basically self-censor anybody who challenges the results of the election, and it effectively mounts to a coverup. And obviously we’ve got issues with the anti-Trump media, which has hammered him for four years and predicted a landslide win for Biden that never came. We’ve got corporate America. We got, surprisingly, some of the Republican establishment, and then finally we have state legislatures and the courts themselves.

Navarro chastised the media for repeatedly responding to these challenges by insisting there is no evidence.

“There’s a ton of evidence. There’s a mound of it,” he said, adding that the many court rulings against Trump’s side are no indication of the validity of that evidence, because the cases were rejected on procedure and process, not evidentiary rulings.

When Jeremy Peters of the New York Times prefaced his questions to Navarro with the claim that, so far, nothing has backed the fraud allegations, in courts or elsewhere, Navarro replied:

No, that’s not possible at all, because they haven’t seen all, everything I looked at. They haven’t done their homework. I mean, I’ve literally read thousands of affidavits. I’ve read every single court case. I’ve looked at all the testimony that was done at the state legislature level and I can count on one hand the number of people who’ve done that in this country. So, no, I think what needs to happen is folks need to look at this.

Not a man to pull punches, Navarro addressed a reporter’s question about the dismissive positions of a Mitch McConnell or a Mitt Romney to that favoring the president’s view of the election’s legitimacy, saying those Republicans were never on board with the Trump agenda in the first place. To the Times reporter, Navarro said:

What I’d urge you, Jeremy, is like, look, I would say this. The New York Times has the most power of any news organization in the world to do effectively a hard investigation of all of this. It simply has not done that. It simply has not done that. The knee jerk reaction these days is … if you’re on the left, it’s like something that comes out that doesn’t fit your narrative, it’s like you knock it down.

“Gray Lady, love to see you guys do your job on this – and there’s more at stake than you know,” Navarro said.