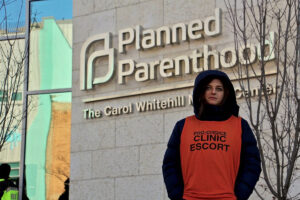 Be warned, this is a disturbing story about Planned Parenthood. Not everyone will believe the unsealed evidence but if it’s true, the President must act.

WHAT IS IT?: Established in 1916, the Planned Parenthood Federation of America, Inc. is an alleged nonprofit organization that provides reproductive health care in the United States.

We say alleged nonprofit because outside of chasing profit, there’s no reasoning, however deranged and sick for what unsealed videos show. What’s worse is that it has allegedly been going on since, at least 2015, when allegations were first brought to light by Carly Fiorina.

THE ALLEGATION?: That Planned Parenthood harvests organs under the term “donate” and then sells them to middlemen.

Carly Fiorina, who was asked a question about Planned Parenthood during a debate among GOP presidential candidates in 2015, said: “As regards Planned Parenthood, anyone who has watched this videotape, I dare Hillary Clinton, Barack Obama to watch these tapes. Watch a fully formed fetus on the table, its heart beating, its legs kicking while someone says we have to keep it alive to harvest its brain.”

CHECK OUT: Minneapolis protest ends with fatality, looting and a store on fire

The Center for Medical Progress (CMP), the group that created hidden videos showing what Planned Parenthood was allegedly doing, including, the haggling of how much body parts would cost a third party middleman, has released another video combining all the unsealed evidence to date.

The video is available here, be warned, it’s horrific.

In the video, Planned Parenthood officials, under oath acknowledge the selling of body parts. It also shows documentation that was unsealed in April, which shows detailed billing for aborted baby remains from nine facilities, each of which is allegedly run by Planned Parenthood. The invoices totaled $25,000 across three months.

Troy Newman, President of Operation Rescue, who served as a CMP board member at the time of the investigation said: “Why wasn’t this admission of guilt used against Planned Parenthood? Because its significant political power over corrupt politicians at nearly every level of government has shielded Planned Parenthood from consequences for decades. That political corruption must be exposed and rooted out.”

As an example, in 2017, two Californian companies were shut down after admitting guilt to illegally trafficking aborted baby tissues and organs procured from Planned Parenthood facilities. The two companies were forced to shut down and return $7.8 million in illegally gotten funds.

Nothing was done to Planned Parenthood.

Troy Newman, said: “From the beginning, we have been prevented from discussing evidence incriminating to Planned Parenthood, due to a gag order issued by the court.  This allowed only Planned Parenthood’s false narrative to reach the public.”

Surely, the shocking nature of the video, along with the documents, and history of allegations, must lead to an investigation into Planned Parenthood. If it does not, people should unite because if true, it’s horrifying. Not to mention, illegal.

In a statement regarding the previous lawsuit against CMP, and the damage done to his own reputation, Troy Newman said: “I want a new trial with a new judge.  I want my name cleared. Much of the evidence that would have exonerated us was not allowed to be presented to the jury during the Planned Parenthood trial.  If the evidence, such as the Planned Parenthood invoices and other documents and videos, could be shown to an impartial jury in an impartial court, we would win without a doubt.”

You can find the video here, but because of its sensitive nature, we have not included it on the site.