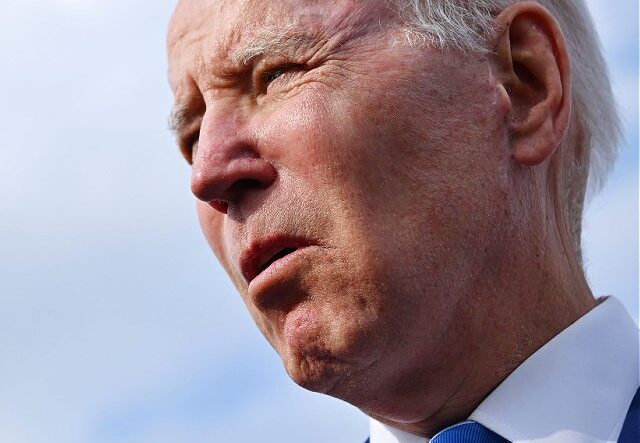 President Joe Biden’s approval with Hispanics has continued to nosedive, with the latest poll putting it lower than his approval with white Americans.

According to the latest Quinnipiac poll, the president now has just a 26 percent approval rating with Hispanics, just five points lower than his approval with white citizens at 31 percent.

The lowest approval rating Biden has ever received was 33 percent, according to a Quinnipiac poll in January.

Democrats have been losing ground among Hispanic voters since the Trump years as they move further to the left on social issues like transgenderism and abortion while pandering to the voting bloc with widely offensive phrases like Latinx. In fact, a recent poll showed that just 1.7 percent of Hispanic voters describe themselves as “Latinx” while most regarded it as a white elitist phrase.

“Only 1.7 percent of Hispanic Americans said they used the term ‘Latinx’ which has been pushed by elected Democrats and social justice activists as the appropriate term because it is genderless and ‘meant to disrupt the grammatical binary that is inherent in this romance language,’” Breitbart News reported in March.

“Even among Hispanic Americans who are registered Democrats, the “Latinx” term is woefully unpopular. The poll found that just 1.6 percent of Democrat Hispanics use the term ‘Latin’  to describe themselves, as well as only 1.5 percent of Republican Hispanics,” it added.