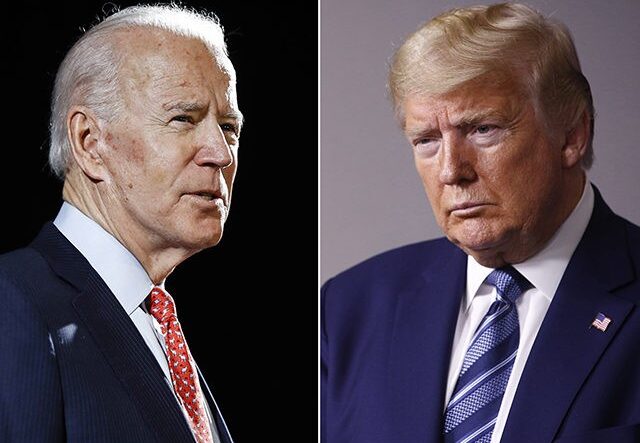 The survey pitted Trump and Biden against each other for a 2024 rematch and found Trump leading by four percentage points — 48 percent to 44 percent. That reflects a two-point increase for Trump from November’s survey, where Trump led Biden 45 percent to 43 percent.

The survey, taken February 19-20, 2022, among 1,138 voters, has a margin of error of +/- 2.8 percent and comes as Biden continues to see souring ratings across the board while the nation faces rampant inflation and continued coronavirus restrictions at the federal level.

According to the survey, half now disapprove of Biden’s job performance, compared to 42 percent who approve. This represents an 11-point jump in disapproval from the results taken one year ago in February 2021. At the time, 39 percent disapproved of the president.

What is more, Hispanic voters are the most “critical” of Biden, as 56 percent disapprove of his job performance. Independent voters also disapprove of Biden, 63 percent to 27 percent:

Within the Democratic party, 73% approve of the job Biden is doing as president while 19% disapprove. Among Republicans, the majority (71%) disapprove while 22% approve. Independents also generally disapprove of Biden’s job, at 27% approve and 63% disapprove.

Coinciding with that is the fact that a plurality of Americans view inflation as the top issue facing the country as consumer prices skyrocket in the first year of Biden’s presidency.

Poll after poll, however, shows the same pattern: voters choosing Trump over Biden in a hypothetical 2024 matchup. More recently, a Blueprint Polling survey released this month found Trump leading Biden in the swing state of Michigan.