Poll: Most Americans Say Civility and Tone in Politics Have Gotten Worse 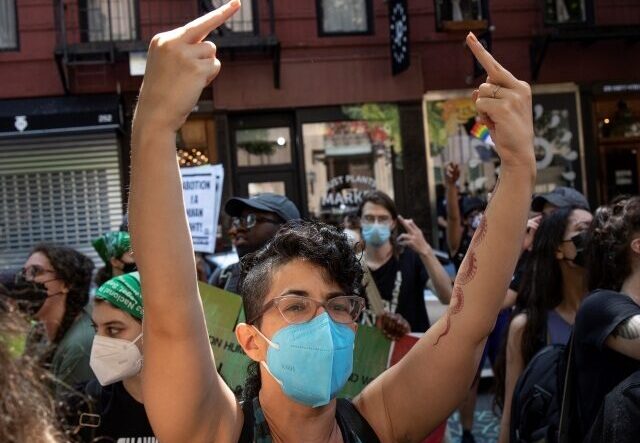 Most Americans believe civility and tone in politics have worsened over the past few years, a recent CBS News/YouGov survey found.

The vast majority, 80 percent, believe civility in politics has worsened in recent years, compared to 12 percent who said it has stayed the same and seven percent who believe it has improved.

What is more, nearly seven in ten Americans, 67 percent, are pessimistic about the ability of Americans to come together and work out their differences. Just one-third maintain an optimistic outlook.

Shortly after the survey’s completion, President Joe Biden delivered an angry and divisive speech in which he repeatedly demonized “MAGA Republicans,” deeming them a great threat to the country. The entire speech stood in great contrast to Biden’s original pitch for “unity” — something he emphasized greatly in his inauguration speech.

“Too much of what’s happening in our country today is not normal. Donald Trump and the MAGA Republicans represent an extremism that threatens the very foundations of our Republic,” Biden stated in the dark speech.

“And here, in my view, is what is true: MAGA Republicans do not respect the Constitution,” he said, asserting that they also do not “believe in the rule of law.”

“They do not recognize the will of the people. They refuse to accept the results of a free election, and they’re working right now as I speak in state after state to give power to decide elections in America to partisans and cronies, empowering election deniers to undermine democracy itself,” he proclaimed.

“They promote authoritarian leaders, and they fanned the flames of political violence that are a threat to our personal rights, to the pursuit of justice, to the rule of law, to the very soul of this country,” he continued in the speech, which was well-received by Democrats, such as House Speaker Nancy Pelosi (D-CA), who called it “inspiring and optimistic.”

Biden later tried to walk back some of his statements, contending that he does not actually “consider any Trump supporter to be a threat to the country,” despite his speech painting Trump supporters as radical extremists.