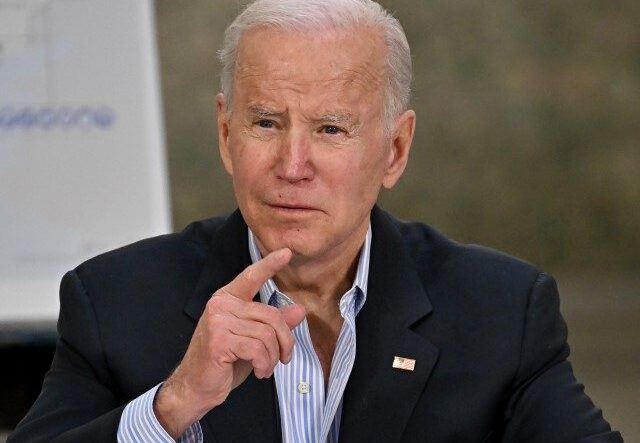 Biden’s approval with independents is also struggling. Only 12 percent of independents strongly approve of the president. Forty-one percent strongly disapprove.

On specific issues, Biden is also struggling with gaining traction among independents. In fact, on no issue did a majority of independents approve of Biden’s management: Economy (30 approve-70 percent disapprove), inflation (26-74 percent), Ukrainian war (41-59 percent), immigration (31-69 percent), and crime (34-66 percent).

Biden’s terrible poll numbers come during an election year. Democrats were hoping to have a popular president to help them retain the House and Senate. But with Biden’s popularity so low, it will be difficult for Democrats to run on Biden’s agenda.

“The question is,” Mr. Maloney continued, “How big does that overperformance have to get?”

But there is more bad news for Democrats heading into the midterms. Deutsche Bank Economists are predicting a recession within the next two years.

“Two shocks in recent months, the war in Ukraine and the build-up of momentum in elevated U.S. and European inflation, have caused us to revise down our forecast for global growth significantly,” they wrote. “We are now projecting a recession in the U.S. and a growth recession in the euro area within the next two years.”

On Tuesday, the Consumer Price Index will be released with reportedly worse inflation news. “Analysts surveyed by FactSet expect the release to show 8.4% inflation over the last year, which would be the highest overall inflation rate since December 1981,” Axios reported. “The rate was 7.9% for the year ended in February.” The increase in inflation will reportedly be seen in increased rents, health insurance, and hotel stays.