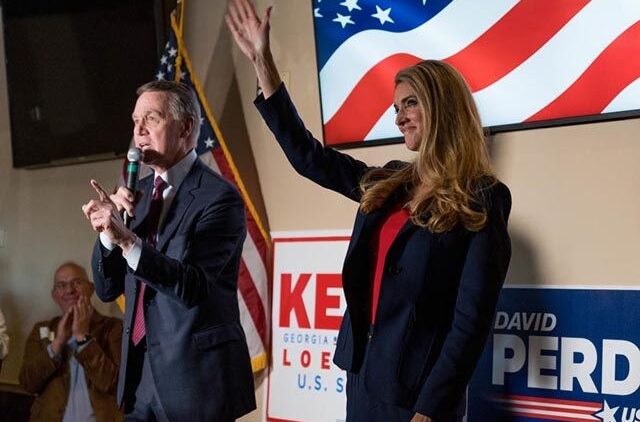 The survey, taken December 14-16, 2020, among 1,064 respondents, showed Loeffler leading Warnock, whom she has branded a “radical liberal,” 52.2 percent to his 45.5 percent. The figures include those who are “leaning” toward the respective candidates as well.

Notably, Loeffler expanded her lead over Warnock since the last survey, bringing her 3.1 percent lead to  6.7 percent. Perdue also fared better in the latest survey, taking over Ossoff’s previous lead of .3 percent:

Just more than two percent remain undecided in both races, the survey found.

Vice President-elect Kamala Harris is expected to hit the campaign trail in Georgia for the Democrat challengers next week as President-elect Joe Biden did just days ago.

“It’s time to stand up, take back our democracy. Send me these two men, and we will control the Senate, and we will change the lives of the people in Georgia,” Biden said during a stop in Georgia on Tuesday.

“I need two senators from this state if I want to get something done, not two senators who are going to get in the way,” he added, “because, look, getting nothing just hurts Georgia.”

Democrat victories in the Peach State’s runoff would lead to a 50-50 split in the Senate, effectively giving the power to the party in the White House.