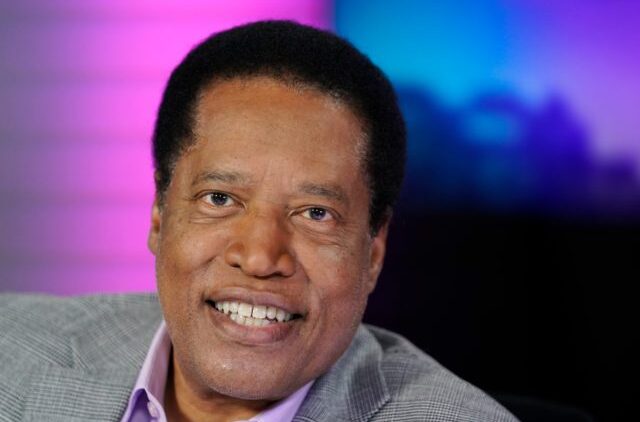 After winning a court case to allow his name to be on the Sept.14 recall election ballot seeking to remove Democrat Gov. Gavin Newsom, a poll reveals conservative radio talk show host Larry Elder is leading the pack of candidates in the race.

Elder is also the only candidate who garnered double digits with 16 percent of respondents choosing him in the poll, conducted of more than 1,000 registered voters with a plus/minus 2.9 percent margin of error.

John Cox and Kevin Faulconer tied from second behind Elder at 6 percent. Kevin Kiley and Caitlyn Jenner tied for third at 4 percent.
A majority of voters said they aren’t sure who they will vote for — 53 percent remain undecided.

The San Francisco television outlet KRON4 reported on the development:

Earlier this week, Elder said he filed all the necessary paperwork to qualify for a slot on the ballot, including over 300 pages of tax returns that are required to become a candidate. But Elder was not included on the preliminary list of 41 candidates running in the recall election.

Elder’s campaign argued that under state law, Weber has the authority, if not the duty, to “fix” any redaction errors for the public. The campaign said Weber’s office has not informed Elder of its specific objections to the filing of his tax returns and added that Weber was “effectively engaging in voter suppression” by denying voters the ability to choose Elder.

The campaign also said Weber’s decision violates the equal protection clause of the California Constitution because Newsom did not have to comply with the same tax return disclosures.

“We’ve complied with everything the secretary of state has required of us,” said Elder, whose political talk show is nationally syndicated. “The politicians in Sacramento know I’m the only candidate who can beat Gavin Newsom. They are afraid, and they are using whatever shenanigans they can to try to trip me up. It won’t work.”

“Frankly, this action by the Secretary of State is not simply unfair and absurd but a dangerous and unconstitutional precedent,” Elder said in the KRON report.

The recall election ballot asks two questions:  Should Newsom be recalled? And who should replace him?

“If more than half of voters say ‘yes’ to the first question, then whoever is on the list of potential replacements gets the most votes is the new governor of the nation’s most populous state,” KRON reported.