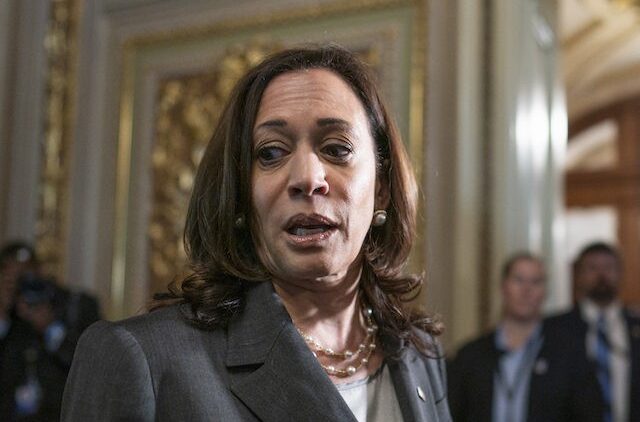 After a little more than six months in her current role, potential 2024 presidential candidate Kamala Harris has become one of the least popular vice presidents since the 1970’s.

The Telegraph reported over the weekend that “two recent polls both showed 46 percent of Americans approved of Harris, with 47 percent and 48 percent disapproving.”

According to Gallup, the Telegraph noted, 42.1 percent approved of former Vice President Mike Pence’s performance at the same point in his term while 41.9 percent disapproved.

“Bush himself was a popular vice president under Ronald Reagan, as was his predecessor Walter Mondale, who became Jimmy Carter’s vice president in 1976,” the report concluded.

Despite efforts to connect with young voters, Harris struggles to maintain a favorable image with America’s youth.

A recent Economist/YouGov poll the Telegraph also highlighted found 41 percent of voters ages 18-29 had an “unfavorable” view of Harris, while only 36 percent viewed her “favorably.”

A recent survey from the Convention of States Action and Trafalgar Group found that a majority of likely voters and almost half of Democrats do not believe Harris is ready to step into the presidential role.

“Biden has given her some very tough assignments — immigration and voting rights — but she hasn’t helped herself, she’s made some mistakes, like not going to the border,” said Prof. Larry Sabato, Director of the University of Virginia’s Center for Politics.