Pope Francis: There Is ‘No Room’ for Homosexuality in Priesthood 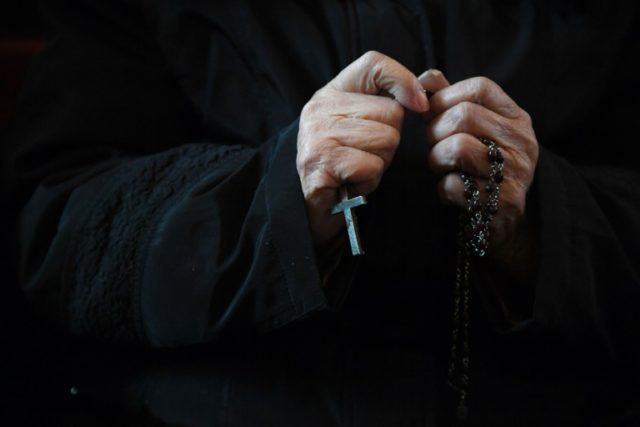 It is a mistake to downplay the seriousness of homosexuality, Pope Francis said in an upcoming book, insisting that homosexuals have no place in the priesthood.

In the book, the pope recounts an interview he had with missionary Fernando Prado, who asked him whether homosexuality was a problem, suggesting that it is not a big deal for priests to be homosexual since it is “just an expression of an affection.”

“That’s a mistake,” Francis replied. “It’s not just an expression of an affection. In consecrated and priestly life, there’s no room for that kind of affection.”

The pope’s words were his strongest to date on the problem with homosexuality in the priesthood and follows on serious allegations that the Church’s problems with sexual abuse are rooted in the presence of a “homosexual network” among clergy and bishops.

In a bombshell report last August, former papal nuncio Archbishop Carlo Maria Viganò tied the abuse crisis in the Church as well as cover-ups by bishops to an extensive “homosexual network” in the Church.

“These homosexual networks, which are now widespread in many dioceses, seminaries, religious orders, etc., act under the concealment of secrecy and lies,” he said, “and strangle innocent victims and priestly vocations, and are strangling the entire Church.”

The archbishop claimed that former Vatican Secretary of States Cardinal Tarcisio Bertone had insistently presented “candidates known to be active homosexuals” for the episcopate and withheld compromising information on future bishops from then-Pope Benedict XVI.

Cardinal Francesco Coccopalmerio and Archbishop Vincenzo Paglia, whom Francis has appointed to positions of influence, also “belong to the homosexual current in favor of subverting Catholic doctrine on homosexuality,” Viganò said.

In late September, the former director of the U.S. Bishops doctrinal department said that any serious investigation into the clerical sex abuse crisis must address “the issue of active homosexuality among the clergy and the bishops.”

Capuchin Father Thomas Weinandy said that efforts to remedy the abuse crisis must deal with the problem of homosexuality or they will simply be a show for the media.

People will know how serious the pope is about dealing with abuse if his February meeting with the heads of bishops’ conferences addresses “the issue of active homosexuality among the clergy and the bishops,” Weinandy said, since by now it has “become quite evident that priests and bishops engage in homosexual activity.”

In his new book, Pope Francis acknowledged that the issue of homosexuality in the priesthood is “very serious” and that it is a topic that “worries” him.

The book, titled The Strength of Vocation, will be released by Claretian Publications on December 3.