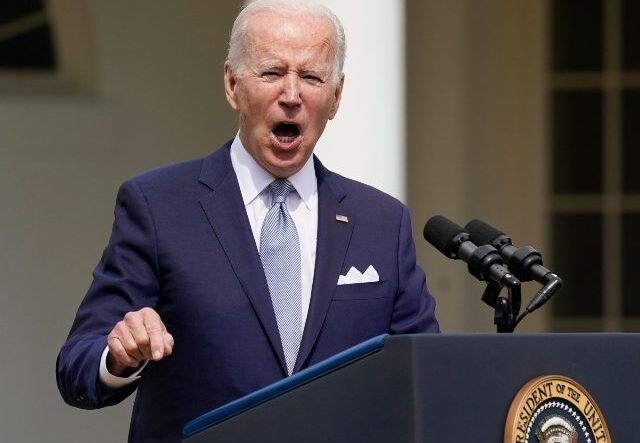 During the ceremony for the signing 0f an executive order related to policing and George Floyd’s death, President Biden claimed an “assault weapon” ban has “no negative impact on the Second Amendment.”

Biden brought up the heinous attack on Robb Elementary School in Uvalde, Texas, then said, “We must ask,  when in God’s name will we do what needs to be done to, if not completely stop, [at least] fundamentally change the amount of carnage that goes on in this country.”https://fdec9960987336c5da74c3ac1b8d422b.safeframe.googlesyndication.com/safeframe/1-0-38/html/container.html

He said, “To state the obvious…I’m sick and tired of what’s going on and continues to go on.”

Biden then reflected on his time “working for common sense gun reforms” as Chairman of the Senate Judiciary Committee and as Vice President. After admitting that the gun controls would not stop every attack, he claimed that the controls have “no negative impact on the Second Amendment.”

He suggested, “The Second Amendment is not absolute,” then alluded to the federal “assault weapon” ban by saying, “These actions were taken before, and they saved lives, and they can do it again.”

Biden said, “What in God’s name do you need an ‘assault weapon’ for except to kill someone? Deer aren’t running through the forest with Kevlar vests on, for God’s sake.