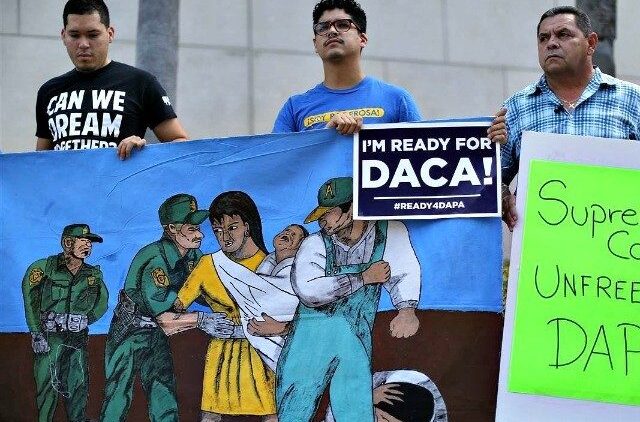 The legislation will mirror his first day priorities, which include: creating a pathway to citizenship, expanding the refugee resettlement program, and stationing a larger range of technology to the US-Mexico border.

Other protections are being vetted in the legislation that might encompass greater benefits for DREAMers, asylum processing in home countries for minors, and ending the public charge rule.

Immigration reform has been a challenge for both parties, but the Biden Administration is also considering breaking the legislation into multiple bills. While congressional leaders strategize on how to pass the measure, Senator Robert Menendez (D-N.J.) leads the way. He said in a statement:

This plan is not only about fixing our broken immigration system, but building a better one that reunites families, brings the undocumented community out of the shadows and on a path to citizenship, stands up for human rights, addresses root causes of migration, and includes a smart border security strategy.

The House lead on the legislation is Rep. Linda T. Sanchez from California’s 28th congressional district. She said:

From our Dreamers, to the service workers and farmers pulling us through this pandemic, there are too many relying on this reform for us to fail. I look forward to working with President Biden as well as my House colleagues to finally make our immigration system more functional, fair, and humane.

The legislative effort comes after Biden campaigned on compromise and bipartisanship. “Compromise is not a dirty word, it’s how our government is designed to work,” Biden told the National Education Association in July.

However, the legislation seems to have little bipartisanship or compromise at this point, leaving moderate democrat Sen. Joe Manchin in the spotlight again, he being the key swing vote in a Senate that is split 50-50.