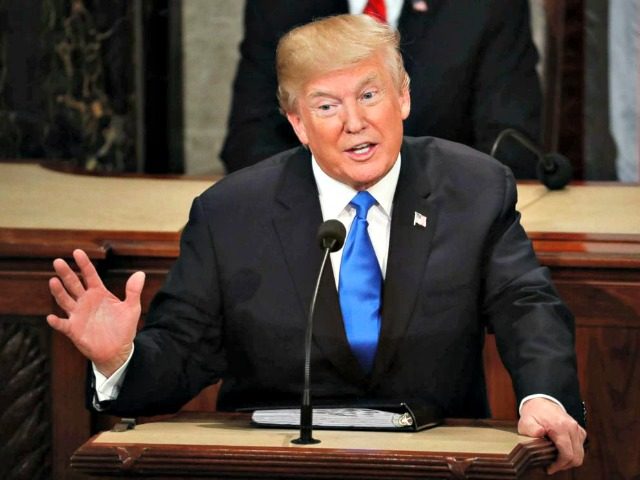 President Donald Trump will give the State of the Union address after the partial government shutdown ends.

Trump pointed to House Speaker Nancy Pelosi for inviting and subsequently disinviting him to give the State of the Union in the House of Representatives.

“As the Shutdown was going on, Nancy Pelosi asked me to give the State of the Union Address. I agreed,” he wrote Wednesday night. “She then changed her mind because of the Shutdown, suggesting a later date. This is her prerogative – I will do the Address when the Shutdown is over. I am not looking for an….”

His message continued in a second tweet,“….alternative venue for the SOTU Address because there is no venue that can compete with the history, tradition and importance of the House Chamber. I look forward to giving a “great” State of the Union Address in the near future!”

The message came in contrast to one White House Press Secretary Sarah Sanders gave Wednesday morning when she told Fox News: “The President will talk to the American people on Jan. 29 as he does almost every single day.” She had said they always like “to have a Plan B but the president should be able to address the American people, whether he does that from the Halls of Congress or whether he does that in another location.”

The U.S. Senate has been working on a bill in line with the president’s offer to include funding for part of a barrier at the southern border and reopen the government. The bill includes priorities Democrats have expressed to the administration.