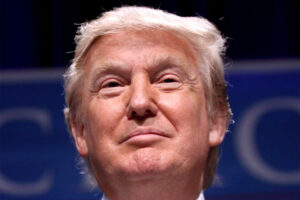 President Trump believes Barack Obama directed or at least knew that intelligence agencies were spying on his 2016 election campaign. It’s a bold claim, but one that has undeniable evidence.

During an exclusive interview on Sunday, May 17, Mario Bartiromo asked the President: “Do you believe President Obama directed the U.S. intelligence agencies to spy on you?”

He replied: “Yes, he probably directed them, but if he didn’t direct them, he knew everything.”

In the interview the President spoke about General Flynn: “They [FBI agents] weren’t after General Flynn. They wanted him to lie about me, make up a story.”

Further evidence shows that many high ranking people called for Flynn to be unmasked from private calls within the President’s election, and the election transition.

Unmasking first came to light when General Flynn’s call with a former Russian ambassador was leaked. It was later discovered that Flynn’s name was unmasked at the request of former Vice President Joe Biden, amongst other high ranking officials in the Obama administration.

The big questions are: Why were Democrats getting involved and how did they know about the call?

The Department of Justice has now dropped its case against General Flynn after internal intelligence memos revealed serious issues about the investigation.

Those who requested the unmasking include these former high-ranking Obama officials:

There were other requests but these are the most prominent.

CHECK OUT: Joe Biden, the second most reviled person amongst Secret Service agents.

The big question is how does the evidence come together to prove Obama’s involvement?

EXHIBIT B: The intelligence agencies conspired against the President and General Flynn. This was revealed in sealed FBI notes.

EXHIBIT C: Text messages between FBI paramours Peter Strzok and Lisa Page revealed that former President Obama wanted to know everything. Plus they both worked for Special Counsel in Robert Mueller’s probe against alleged collusion between the President’s campaign and Russia.

President Trump continued: “This was all Obama. This was all Biden. These people were corrupt. The whole thing was corrupt and we caught them.”

Whether Obama directed those involved or was purely monitoring events, it is clear there was a conspiracy against President Trump. The sealed FBI notes prove that and everyone connected is involved to that conspiracy.

The President added: “If I were a Democrat instead of a Republican, I think everybody would have been in jail a long time ago; and I’m talking with 50-year sentences.”