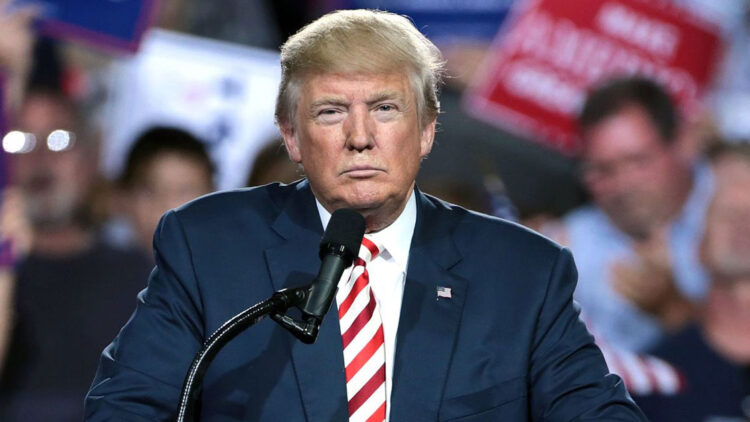 There’s no doubt, it is an attention-grabbing headline. One that stands out at a time when the majority of national news seems out to get him with fake stories and regurgitated insults.

However, the truth is simple.

These are major global events.

Simply put, if someone else would have done them, they would have made them a symbol of peace. However, because of the media’s Trump Derangement Syndrome, they’ve been picked apart as imperfect solutions to problems no one else had solved throughout history.

Considering former-President Obama won the prize nine-months into his first term for “extraordinary efforts to strengthen international diplomacy and cooperation between people” (for doing nothing), surely President Trump deserves this win?

After all, he’s actually achieved something.

CHECK OUT: Mr. President is saving the country from a radical left philosophy.

Who Nominated The President?

Christian Tybring-Gjedde, a Norwegian Parliament member was the man responsible for nominating President Trump for the 2021 Nobel Peace Price.

Mr. Tybring-Gjedde stated that “Trump has broken a 39-year-old streak of American Presidents either starting a war or bringing the United States an international armed conflict.”

And this is not the first time Mr. Tybring-Gjedde nominated President Trump for the prize either. In 2018, he nominated the President after his Singapore summit with North Korean leader Kim Jong Un.

Amazingly, Mr. Tybring-Gjedde told Fox News that he is not a supporter of President Trump but stated that others have won the prize for doing much less.

During his nomination, he asked the Nobel Prize committee to Judge President Trump “on the facts – not the way he behaves sometimes.”

If only everyone judged the President on facts, the country would be very different.

CHECK OUT: The President was right to call Antifa domestic terrorists.