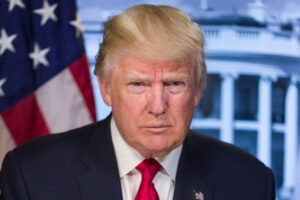 Twitter rolled out fact-checking on their platform, and they’ve started with President Trump.

May 26: President Trump tweets: “There is NO WAY (ZERO!) that Mail-In Ballots will be anything less than substantially fraudulent. Mail boxes will be robbed, ballots will be forged & even illegally printed out & fraudulently signed. The Governor of California is sending Ballots to millions of people, anyone…..”

The President continued in a second tweet: “….living in the state, no matter who they are or how they got there, will get one. That will be followed up with professionals telling all of these people, many of whom have never even thought of voting before, how, and for whom, to vote. This will be a Rigged Election. No way!”

Not long after, Twitter added a link beneath the President’s tweets saying: “Get the facts about mail-in ballots.”

The link leads to a page headlined “Trump makes unsubstantiated claim that mail-in ballots will lead to voter fraud,” and is followed by the statement: “Trump’s claims are unsubstantiated, according to CNN, Washington Post and other fact checkers.”

The page only includes articles from mainstream media and pro-Democrat outlets.

Clearly, Twitter is biased and completely ignoring a report by the Commission of Federal Election Reform, who wrote in 2005 that absentee ballots were the biggest concern when it came to voter fraud.

So the validity of what the President said is all down to the government’s accuracy regarding registered voters. Sadly, it’s far from accurate. In 2017 a report came out saying that the United States had 3.5 million more registered voters than live adults.

Therefore, mail-voting does pose a serious issue in regards to voter fraud.

California’s Gov. Gavin Newsom, whose order to send every registered voter in the state a vote-by-mail ballot for the 2020 election, means that any inaccuracy in address, et al, could lead to mass voter fraud. Especially when ballot harvesting is legal in California, and nowhere else, despite Nancy Pelosi trying to make it legal nationwide by making it part of COVID-19 relief bills.

BALLOT HARVESTING: In the 2005 report, which was titled ‘Building Confidence In U.S. Elections’ it said: ‘These (absentee voter) risks are compounded by the practice of ballot harvesting — that is, coordinated efforts to have third parties collect absentee ballots from voters and drop them off at polling places or elections centers.”

This information proves that President Trump is right to call out mail-in voting. The question is, how could CNN and Co. ignore an official report and census numbers when fact-checking?

CHECK OUT: Watch MSNBC get caught out by a member of public, leaving the reporter with no option but confess.

Once the President was aware of what Twitter had done he called them out in a tweet, writing: “Republicans feel that Social Media Platforms totally silence conservatives voices. We will strongly regulate, or close them down before we can ever allow this to happen.”

He then stated that the country cannot allow large scale mail-in ballots because it would lead to cheating, forgery, and ballot theft. Adding that social media needs to clean up its act.

The President has attempted to work with Twitter CEO Jack Dorsey in the past, and the pair even had a meeting back in April 2019 after the President said Twitter was discriminating against conservative voices.

However, it appears the gloves are now off with President Trump writing: “Twitter is completely stifling FREE SPEECH, and I, as President, will not allow it to happen!”

It will be interesting to see what happens next.