Public HS principal to valedictorian: Mentioning your Christian faith in graduation speech is ‘not appropriate.’ But valedictorian is fighting back. 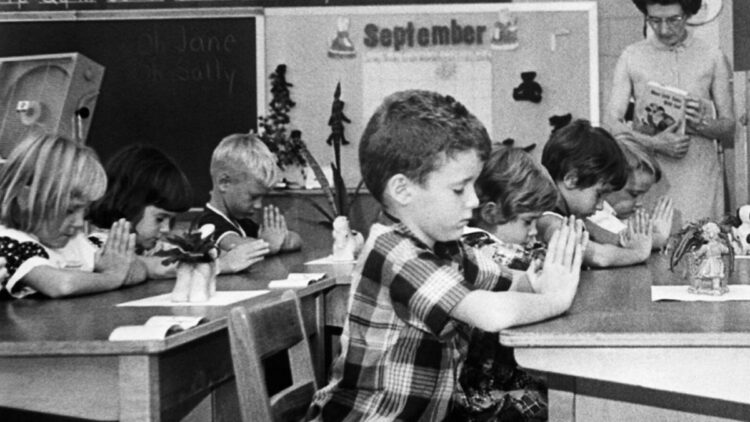 A Michigan public high school principal is getting called out by a legal firm after telling one of the valedictorians that mentioning her Christian faith in her graduation speech is “not appropriate.” POLL: What scares you the most?

According to First Liberty, one section of the speech Elizabeth Turner prepared for Hillsdale High School’s graduation ceremony next Thursday noted that “for me, my future hope is found in my relationship with Christ. By trusting in him and choosing to live a life dedicated to bringing his kingdom glory, I can be confident that I am living a life with purpose and meaning. My identity is found by what God says and who I want to become is laid out in scripture.”

The legal firm said the school’s principal, Amy Goldsmith, reacted by highlighting that paragraph, along with a second, and telling Turner that “you are representing the school in the speech, not using the podium as your public forum. We need to be mindful about the inclusion of religious aspects. These are your strong beliefs, but they are not appropriate for a speech in a school public setting. I know this will frustrate you, but we have to be mindful of it.”

Apparently Turner got in touch with First Liberty, because the law firm said it sent a letter to Goldsmith informing her that she’s “violating federal law, which permits private religious speech at school events, and demanding that she allow Elizabeth to reference her faith.”

First Liberty also said that student graduation speeches constitute private speech, not government speech, and private speech is not subject to the Establishment Clause. The law firm added that Turner’s statements “do not transform into government speech simply because they are delivered in a public setting or to a public audience.”

The letter concludes by requesting that Goldsmith “allow Elizabeth Turner to express her private religious beliefs at the graduation ceremony on June 6, 2021. Please confirm that you agree to our request by Friday, May 28, 2021 at 5PM.”

According to another document from First Liberty, Turner emailed Goldsmith regarding her requested changes and said “unfortunately I don’t think I would be able to deliver a genuine speech under those circumstances. I don’t agree that we should avoid the topic of tragedy and death because that is part of everyone’s future. I understand what you are saying, but for me, this is a time for my peers and I to elevate our lives and to choose how we want to live since we’re not promised tomorrow, and I don’t want to write a speech that won’t be meaningful just to check off the box. I believe it is celebratory to call people to a life of purpose and meaning and a call to action to live a life well. For me, my personal future relies on my faith, and I also want the freedom to be able to address that in my speech if the opportunity arises.”

Fox News reported that Goldsmith did not respond to multiple requests for comment.