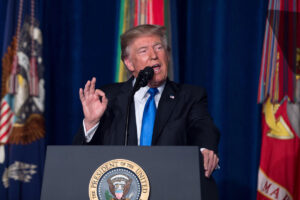 Many new rules made during the lockdown have overruled religious freedom. Those who acted outside of those rules have found themselves in courtrooms in trouble.

In April, Attorney General William Barr wrote: “I am directing each of our United States Attorneys to also be on the lookout for state and local directives that could be violating the constitutional rights and civil liberties of individual citizens.”

As the weeks pass, we are witnessing many of those unjust decisions being rectified as America fights back to reclaim its constitutional freedom.

VIRGINIA: Gov. Ralph Northam threatened to jail and fine Pastor Kevin Wilson, of the Lighthouse Fellowship Church after holding a service for 16-people in a location built for nearly-300.

Despite many places of business being able to remain open under the Governors lockdown rules, the church was targeted.

The Justice Department, who sided with the Church said: “The Commonwealth of Virginia has offered no good reason for refusing to trust congregants who promise to use care in worship in the same way it trusts accountants, lawyers, and other workers to do the same.”

TENNESSEE: Knox County officials said that communion and baptism were not core worship, along with: “groups, classes, youth services, communion, baptism, and the Bible.” The county even said singing was non-essential.

Fortunately, the Knox County government backed off after Gov. Bill Lee issued an executive order with new guidance for houses of worship that overruled local decisions.

KENTUCKY: A Maryville Baptist Church defied Gov. Andy Beshear’s stay-at-home order with a drive-in congregation. Those in attendance remained in their cars on a parking lot.

There was no social distancing violation and yet the dispute ended up in court.

Unsurprisingly, the 6th Circuit Court of Appeals ruled in favor of the Church saying: “The breadth of the ban on religious services, together with a haven for numerous secular exceptions, should give pause to anyone who prizes religious freedom.”

However, a few days later the Mayor changed his mind and in a statement said: “Drive-in and parking lot church services are allowed in the City of Greenville so long as families stay in their cars with windows up and all state and federal social distancing guidelines and standards are adhered to and complied with.”

These reversals go beyond religious freedoms. We have seen Sheriff’s stand up against rules and countless others coming to the defense of unjust actions.

In 2017, President Trump signed an Executive Order at the National Day of Prayer and said: “We will not allow people of faith to be targeted, bullied, or silenced anymore.”

The pandemic lockdown made this order seem like a distant memory, but the Attorney General put religious freedom back into focus.

He wrote: “As the Department of Justice explained recently in guidance to states and localities taking steps to battle the pandemic, even in times of emergency, when reasonable and temporary restrictions are placed on rights, the First Amendment and federal statutory law prohibit discrimination against religious institutions and religious believers.”

The President picked Attorney General William Barr to lead the Justice Department in 2018, and this nation is fortunate to have those in government who still believe and fight for the constitution.