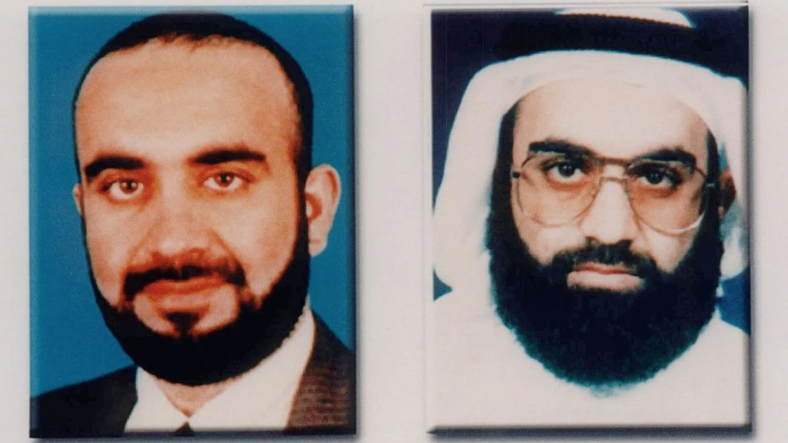 The United States government is reportedly negotiating plea deals that could take the death penalty off the table for the five defendants charged with planning and executing the September 11, 2001, terrorist attacks.

Khalid Sheikh Mohammed, the self-proclaimed mastermind behind the 9/11 attacks, and four other Guantánamo Bay detainees including Ramzi Binalshibh, Mustafa Ahmed al-Hawsawi, Walid bin Attash, and Ammar al-Baluchi were charged in 2008 with the murder of nearly 3,000 people, terrorism, providing material support to terrorism and plane hijacking, and various other crimes related to the terror attacks.

Prosecutors sought the death penalty for each of the five men, but they have evaded justice for their crimes for decades as their cases have progressed through the military commission system. The cases have been delayed by the defense’s request for CIA evidence related to enhanced interrogation techniques, as well as the COVID-19 pandemic.

Now, at the 21st anniversary of the 9/11 attacks, CBS News correspondent Catherine Herridge reported Sunday that military prosecutors and defense attorneys for the five Guantánamo detainees are negotiating plea deals that could remove the death penalty and keep the military base in Guantánamo Bay, Cuba, open indefinitely.Don’t miss out on content from Dave Rubin free of big tech censorship. Listen to The Rubin Report now.

A spokesperson for the military trials confirmed that “the parties are currently engaged in preliminary plea negotiations,” according to CBS News.
https://d79916ffb0c8e5badc28a98942917a10.safeframe.googlesyndication.com/safeframe/1-0-38/html/container.html

“All five defendants and the government are all engaged in good faith negotiations, with the idea of bringing this trial which has become a forever trial to an end,” said James Connell, a defense attorney for al-Baluchi.

“Mr. al-Baluchi’s number one priority is obtaining medical care for his torture,” Connell told CBS News. “In order to get that medical care, he is willing to plead guilty to a substantial sentence at Guantánamo in exchange for a guarantee of medical care and dropping the death penalty.”

Before the defendants were transferred to Guantánamo Bay in 2006, they were held by the CIA and interrogated. Defense attorneys for the Guantánamo five have alleged that enhanced interrogation techniques used by the CIA amounted to torture.

“The United States government failed all of us after Sept. 11 in their decisions to use illegal techniques and illegal programs. … In doing so, it rather corrupted all the legal processes,” Pradhan said.

But families of 9/11 victims said there can be no justice until the perpetrators of the attacks are executed for their crimes.

“I will not have closure as long as there is any possibility for some future president to commute their sentences or trade them away for something political that they want from some other country. That’s a very real possibility because it’s now been done over and over and over again,” said Debra Burlingame, whose brother Charles “Chic” Burlingame was a pilot killed when al Qaeda terrorists hijacked his plane, American Airlines Flight 77, and crashed it into the Pentagon.

Burlingame told Herridge she’s afraid “we’ve reached a point in our country where we just don’t seem to have … the courage of our convictions.”