Report: Biden Administration Will Offer Coronavirus Vaccine to Gitmo Detainees as Early as This Week 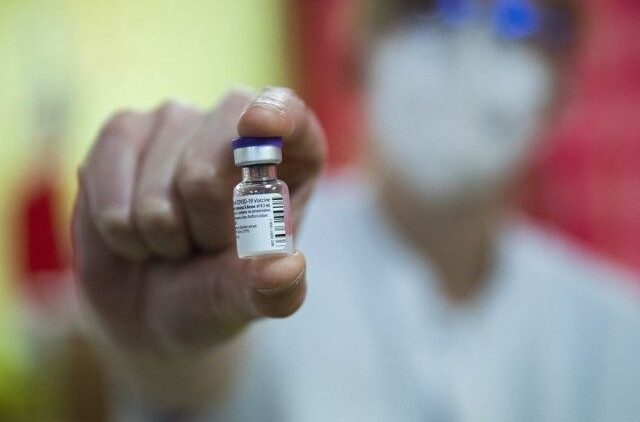 According to the report, the Pentagon will offer the coronavirus vaccine, which remains in high demand, to the terror suspects “possibly starting next week, according to a prosecutor in the case against five prisoners accused of conspiring in the attacks of Sept. 11, 2001.”

According to the report, detainees could begin receiving the vaccine, which will be administered on a voluntary basis, as early as Monday:

The prosecutor, Clayton G. Trivett Jr., wrote to defense lawyers on Thursday “that an official in the Pentagon has just signed a memo approving the delivery of the Covid-19 vaccine to the detainee population in Guantánamo.”

Medical workers at the U.S. naval base began vaccinating the 6,000 residents on Jan. 8, including the 1,500 troops assigned to the detention operation. But the Trump administration had declined to say whether prisoners would be vaccinated.

It is not yet publicly known if Khalid Sheikh Mohammed, the self-proclaimed mastermind behind the 9/11 attacks, and his co-conspirators have agreed to be vaccinated:

An Army judge has scheduled an arraignment on Feb. 22 for three prisoners accused of conspiring in deadly terrorist attacks in Indonesia in 2002 and 2003. Under the timeline described by Mr. Trivett, prisoners who agree to be vaccinated could receive their second dose on the eve of the arraignment, the first at Guantánamo’s war court since 2014.

The news comes as the vaccine remains in high demand across the country as states continue to reserve their limited supply of vaccinations for more vulnerable populations, such as seniors and those with chronic health conditions.

Dr. Anthony Fauci, chief medical adviser on the coronavirus to President Joe Biden, predicted that vaccine availability for those in any category will likely come by April. He also failed to rule out wearing two masks at once, even after getting vaccinated. Additionally, he reiterated that 70 and 85 percent of the population should be vaccinated before officials begin seriously relaxing public health measures. However, that goal will take “several months” to reach, he said.

The U.S. distributed 48,386,275 vaccines and administered 21,698,606 of those as of January 28, per the Centers for Disease Control and Prevention’s (CDC) data. Over four million have received their second dose of the vaccine.