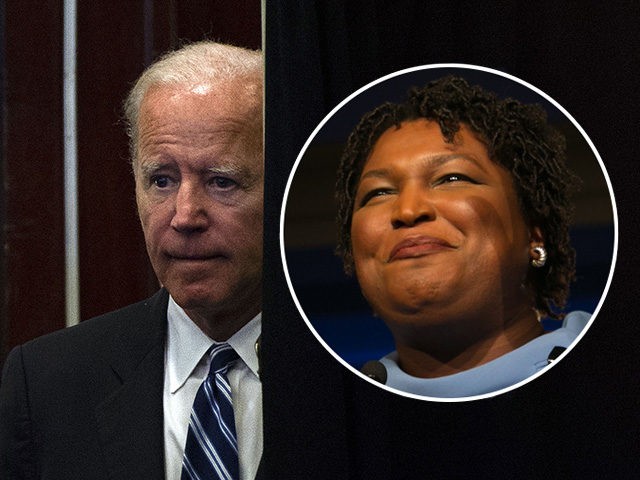 According to Axios, Biden aides believe adding Abrams to the ticket would send a strong signal to voters that he’s not “just another old white guy.” The outlet said Team Biden isn’t going all-in on picking the rising progressive star just yet, worrying that the move could be received as a “gimmick” and open the former Vice President up to a new line of attacks.

Abrams’ failed bid for the governor of Georgia against Republican Brian Kemp garnered her national attention.

Despite losing to Kemp 50.2 percent to 48.8 percent, Abrams still refuses to concede the race, accusing her opponent of suppressing black voters to win what was one of the 2018 midterm elections’ most-watched races.

Reports of Biden naming Abrams as his out-of-the-gate vice president choice also come as Biden is reaching out to big-money donors hoping to secure contributions ahead of officially entering the race. The Wall Street

Journal reported this week that the 76-year-old is concerned he may not be able to match the initial fundraising numbers of fellow 2020 candidates Sen. Bernie Sanders (I-VT) and former Rep. Beto O’Rouke (D-TX), who raised $5.9 million and $6.1 million, respectively.