Report: Biden Team Already in Talks with Iran over Return to Nuclear Dea 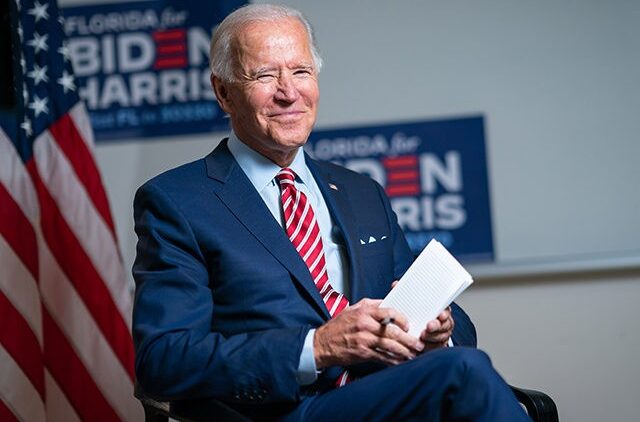 The Biden administration has already unrolled its plan to return to the 2015 nuclear deal and has begun holding quiet talks with Iran, an Israeli TV station reported Saturday.

Officials for the incoming administration have also updated Israel about the conversations, Channel 12 News said.

A separate report by the Israel Hayom daily said Israel, wary of Biden’s promise to return to the deal, is crafting military options to “undermine Iran’s nuclear efforts or, if need be, counter Iranian aggression, which will soon be presented to the government.”

The paper also quoted Defense Minister Benny Gantz as saying: “Israel needs to have a military option on the table.”

President Donald Trump withdrew from the deal with Iran in 2018 and has since imposed crippling sanctions on Tehran.

During the Obama administration, which spearheaded the deal known as the Joint Comprehensive Plan of Action (JCPOA), Israel on occasion threatened to act militarily to prevent Iran from acquiring the bomb.

Also over the weekend, France’s Foreign Minister Jean Yves Le Drian warned Iran aimed to acquire nuclear weapons and blamed Trump for allowing it to happen by quitting the deal.

“The Trump administration chose what it called the maximum pressure campaign on Iran. The result was that this strategy only increased the risk and the threat,” Le Drian told the Journal du Dimanche newspaper.

“This has to stop because Iran and – I say this clearly – is in the process of acquiring nuclear [weapons] capacity,” he said.

Israeli Prime Minister Benjamin Netanyahu is also said to be putting together a team, which will include representatives form Israel’s security apparatus as well as the Foreign Ministry, Defense Ministry, the army, the Mossad, and the Atomic Energy Commission, to discuss the deal with the incoming administration, Israeli media reported.

According to Walla News, Mossad chief Yossi Cohen may be appointed to lead the team.

Last week, Netanyahu last week warned against the returning to the deal.

“If we just go back to the JCPOA, what will happen and may already be happening is that many other countries in the Middle East will rush to arm themselves with nuclear weapons. That is a nightmare and that is folly. It should not happen,” Netanyahu said, speaking alongside US Treasury Secretary Steve Mnuchin in Jerusalem.

Iran last week announced that it was resuming enriching uranium to 20 percent, in violation of the accords and a move Israel has warned proves the Islamic Republic is seeking nuclear weapons.

The enrichment is part of a wide-reaching campaign to avenge the November killing of Mohsen Fakhrizadeh, the mastermind behind the country’s nuclear weapons program, which Tehran blamed on Israel as well as in response to sanction imposed by the U.S.

According to a New York Times report, Israel was also behind the killing of al-Qaeda’s second-in-command.

Secretary of State Mike Pompeo warned that Iran had become al-Qaeda’s new headquarters, and that the two are now “partners in terrorism.”

Britain, France and Germany on Saturday warned that Tehran has “no credible civilian use” for the uranium.

“The production of uranium metal has potentially grave military implications,” said the foreign ministers of Britain, France and Germany in a joint statement.