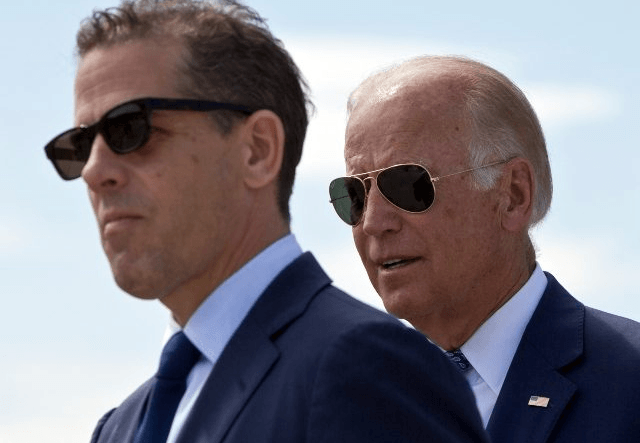 Bobulinski, who personally met with Joe Biden in 2017 for an hour to discuss “the Bidens’ family business plans with the Chinese,” reportedly gave the FBI three cell phones with encrypted messages between him and the business partners, the New York Post reported Sunday. Bobulinski also handed over to the bureau “emails and financial documents detailing the Biden family’s corrupt influence-peddling operation in foreign countries during Joe’s vice presidency.”

Bobulinski’s interview with the FBI reportedly included meeting two high-ranking agents, who turned him over to younger agents, William Novak and Garrett Churchill. Those agents reportedly videotaped the interview with Bobulinski and gave a receipt for the digital data Bobulinski provided.

A 2017 email from Hunter Biden’s laptop revealed a business deal between Bobulinski, the Biden family, and high-ranking members of the Chinese Communist Party would include ten percent “held by H for the big guy?” Bobulinski has confirmed “the reference to ‘the big guy’ in the much-publicized May 13, 2017 e-mail was in fact a reference to Joe Biden.”

After the interview, “Bobulinski and his lawyer were given Thibault’s cellphone number and told that he would be their ‘point man’ at the FBI thereafter,” the Post reported. “That night, Bobulinski’s lawyer phoned Thibault, who said he would soon advise on next steps and whether Bobulinski should do a follow-up interview.”

Yet Bobulinski and his lawyer never heard from Thibault, the report revealed. It should be noted Bobulinski was reportedly never invited to testify before the Delaware grand jury probing Hunter.

The assistant attorney general for the DOJ’s National Security Division, Matthew Olsen, has since confirmed to Rep. Matt Gaetz (R-FL) in a congressional hearing the bureau is investigating Hunter. According to a CNN report in July, Trump-appointed United States prosecutor David Weiss is deliberating whether Hunter and associates “violated money laundering, campaign finance, tax and foreign lobbying laws, as well as whether Hunter Biden broke federal firearm and other regulations.”

Though Joe Biden and his staff have claimed seven times the president has had no part in the family business, he has been involved in at least 17 instances. Fifty-eight percent of voters believe that Joe Biden has played a role in his family’s business. Sixty percent say Hunter Biden has sold “influence and access” to the president.

Hunter Biden is the subject of a brand new narrative film My Son Hunter, marking Breitbart News’s expansion into film distribution. It is available for PRE-ORDER NOW at MySonHunter.com. The film becomes available for streaming and downloading September 7. The trailer has been viewed more than 3.5 million times across social media.