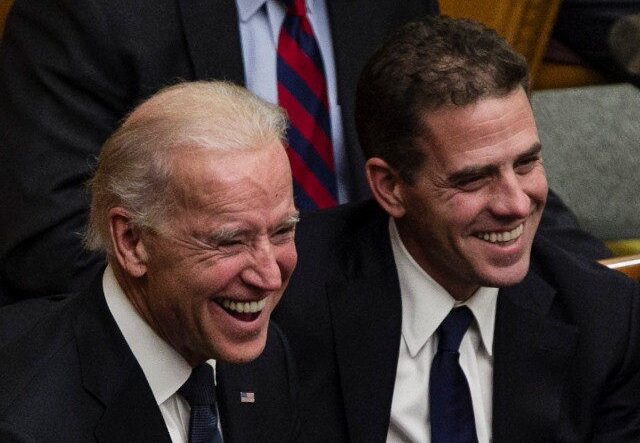 Hunter reportedly paid the massive tax bill by taking out a loan. The tax payment does not protect Hunter from any potential incoming charges.

In relation to the business dealings, the Times confirmedthe authenticity of Hunter’s “laptop from hell” that was previously passed off by the establishment media and big tech as Russian disinformation. It took the Times nearly two years to admit the emails from laptop were Hunter’s. Twitter infamously canceled the New York Post’s Twitter handle for purveying “disinformation” during and after the 2020 presidential election.

According to the Times, the emails show that Biden tried to avoid registering with the Department of Justice that he was engaging in domestic political work on behalf of foreign interests:

In one email to Mr. Archer in April 2014, Mr. Biden outlined his vision for working with Burisma. In the email, Hunter Biden indicated that the forthcoming announcement of a trip to Ukraine by Vice President Biden — who is referred to in the email as “my guy,” but not by name — should “be characterized as part of our advice and thinking — but what he will say and do is out of our hands.”

The announcement “could be a really good thing or it could end up creating too great an expectation. We need to temper expectations regarding that visit,” Hunter reportedly wrote about a week after then-Vice President Biden visited Ukraine.

In the same April 2014 email, Hunter Biden indicated that Burisma’s officials “need to know in no uncertain terms that we will not and cannot intervene directly with domestic policymakers, and that we need to abide by FARA and any other U.S. laws in the strictest sense across the board.”

He suggested enlisting the law firm where he worked at the time, Boies Schiller Flexner, to help Burisma through “direct discussions at state, energy and NSC,” referring to two cabinet departments and the National Security Council at the White House.

The company “can devise a media plan and arrange for legal protections and mitigate U.S. domestic negative press regarding the current leadership if need be,” Hunter reportedly penned in the email.

Neither Hunter nor Hunter’s business partners, Devon Archer and Flexner, reportedly registered with the DOJ as working for foreign interests on behalf of Burisma.

Prosecutors have also looked over Biden and Archer’s communications about inviting a foreign businessman and a Burisma executive to a dinner where then-Vice President Biden would be in April 2015. It is unknown if Biden met the Burisma executive at the dinner.