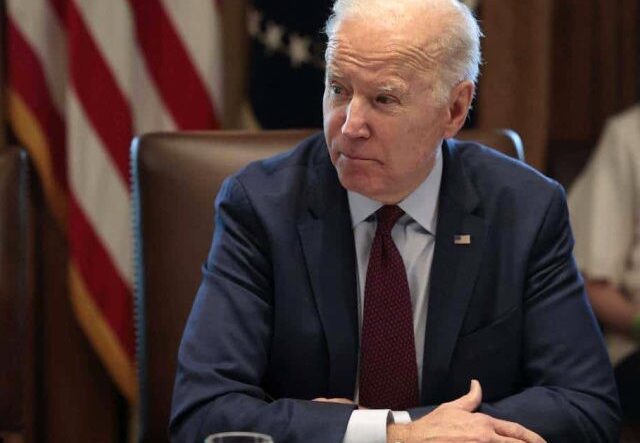 Joe Biden met with Hunter Biden’s business partner, Eric Schwerin, at the White House 19 times as Vice President, according to a new report.

Schwerin was welcomed at the White House a total of 19 times between 2009 and 2015, according to Barack Obama’s White House visitor logs the New York Post reported Saturday. The contact between Joe Biden and Schwerin directly contradicts Joe Biden’s repeated claims he was never involved in the family business. The Post’s reporting adds a twelfth instance Joe Biden has been involved in the family’s business scheme.https://931787e9b96d750135b61040443be833.safeframe.googlesyndication.com/safeframe/1-0-38/html/container.html

In November 2017, Schwerin met with Joe Biden in the West Wing. Schwerin was the president of the infamous but now-dissolved investment fund Rosemont Seneca Partners. According to the Post:

The logs also reveal that Schwerin met with various close aides of both Joe and Jill Biden at key moments in Hunter’s life when he was striking multi-million dollar deals in foreign countries, including China. Yet President Biden has long insisted he had no involvement in his son’s foreign affairs. “I have never spoken to my son about his overseas business dealings,” he said in 2019.

Of all Hunter Biden’s business associates, Schwerin had the most intimate access to the vice president’s personal finances. His deep involvement in the personal and professional lives of both Bidens were first revealed in emails contained on a laptop abandoned by Hunter Biden at a Delaware computer repair store in April 2019.

Text messages from 2019 on Hunter’s “laptop from hell” depicted the Biden family’s payout mechanism. The payout mechanism indicates a collection of 50 percent of familiar salaries for 30 years.

“I hope you all can do what I did and pay for everything for this entire family for 30 years,” Hunter described the family’s payment mechanism to his daughter in 2019. “It’s really hard. But don’t worry, unlike Pop [Joe], I won’t make you give me half your salary,” the text string continued.

[W]hile Joe was vice president, Hunter routinely paid at least some of his father’s household expenses, including AT&T bills of around $190 a month.

We know from an e-mail on June 5, 2010, with the subject “JRB bills” to Hunter from Eric Schwerin, his business partner at Rosemont Seneca, that he was expected to foot hefty bills to Wilmington contractors for maintenance and upkeep of his father’s palatial lakefront property. Joe’s initials are JRB, for Joseph Robinette Biden.

The bills that June included $2,600 to contractor Earle Downing for a “stone retaining wall” at Joe’s Wilmington estate, $1,475 to painter Ronald Peacock to paint the “back wall and columns” of the house, and $1,239 to builder Mike Christopher for repairs to the air conditioning at the cottage of Joe’s late mother, Jean “Mom-Mom” Biden, which was on his property and which he would later rent to the Secret Service for $2,200 a month.

According to former Utah U.S. attorney Brett Tolman, the Biden’s family payment mechanism of collecting 50 percent of family salaries for 30 years could be legal “predicates” for racketeering charges.

Constitutional scholar Jonathan Turley believes a special counsel should be appointed to study Hunter’s corruption because Joe Biden has denied any wrongdoing by Hunter and may have influenced the ongoing investigation.