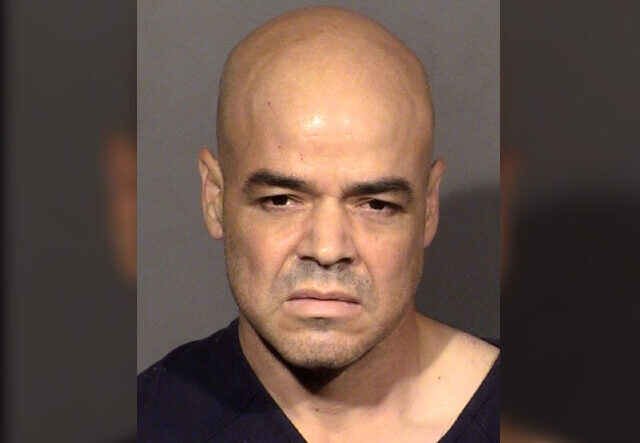 The Democrat official accused of murdering a journalist will reportedly continue drawing paychecks while behind bars in Las Vegas, Nevada.

German, who was 69-years-old, was found dead outside his home on September 3. Officials claimed Telles, whom German had written investigative reports exposing corruption, had self-inflicted stab wounds when he was taken into custody.

“We can take the scope of work away from him, but as far as him having the title and getting the salary, it is that way, because the voters picked him,” Segerblom added.

Video footage showed a reporter on Wednesday confronting Telles outside his home.

However, the Democrat official’s DNA was found at the scene where law enforcement said German was killed, Breitbart News reported on Thursday.

“Police said in a press conference that Telles’s DNA was found at German’s murder scene and thus charged him with the fatal stabbing. Police also said they found a pair of bloody sneakers and a hat worn by Telles at the time of the murder,” the outlet said.

Video footage showed Telles’ appearance in court on Thursday. He was denied bail:

Meanwhile, county officials have taken some measures against Telles such as not allowing him at county facilities.

According to a police captain, Telles was upset when he realized German had been investigating more alleged wrongdoings, the Post report concluded.