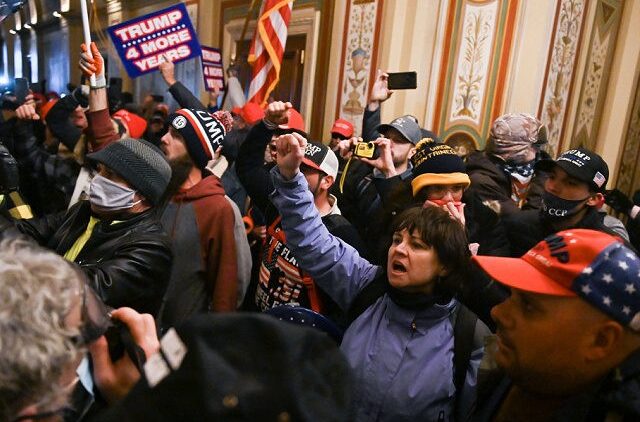 Many who entered the Capitol building during January 6 protests of the 2020 election outcome are “unlikely” to face jail time — a “jarring reality check” for Americans “outraged by the storming of Capitol Hill,” according to a Politico report on Tuesday.

“What about somebody who has no criminal record who got jazzed up by the president, walked in, spends 15 minutes in Statuary Hall and leaves? What happens to that person? They’re not going to get a jail sentence for that,” a defense attorney, who asked not to be named, told the outlet.

“There is a natural cycle to an event like this,” the defense attorney added. “People will say it was the end of the world, then things will calm down, and they’ll begin looking at cases back on what people actually did.”

The report’s sub-headline noted that the cases “could embarrass the Biden administration, which has portrayed the Jan. 6 siege as a dire threat to democracy.”

The report said there have been high-profile conspiracy cases involving members of “right-wing, paramilitary groups” but the most urgent decisions for prosecutors involve resolving “scores of lower-level cases” clogging the D.C. federal district court.

Politico reported that, so far, almost a quarter of the more than 230 defendants formally and publicly charged — about 57 — face only misdemeanors, and in recent days, judges, prosecutors, and defense attorneys have all indicated that they expect few to face harsh sentences.

The report said the actions of many often boiled down to “trespassing”:

…Although prosecutors have loaded up their charging documents with language about the existential threat of the insurrection to the republic, the actions of many of the individual rioters often boiled down to trespassing. And judges have wrestled with how aggressively to lump those cases in with those of the more sinister suspects.

“My bet is a lot of these cases will get resolved and probably without prison time or jail time,” said Erica Hashimoto, a former federal public defender who is now a law professor at Georgetown. “One of the core values of this country is that we can protest if we disagree with our government. Of course, some protests involve criminal acts, but as long as the people who are trying to express their view do not engage in violence, misdemeanors may be more appropriate than felonies.”

The prospect of minor sentences “could be hard to explain for the Biden administration, which has characterized the Capitol Hill mob as a uniquely dangerous threat,” the report said.

Many Democrat lawmakers and pundits described January 6 as “sedition” or “treason.”

Federal authorities have also cited January 6 as the reason to request more than 26,000 National Guard troops at the Capitol for more than five months at a cost of more than $500 million dollars.

When asked by Breitbart News on March 2 about the reasons behind Austin’s extremism push, Pentagon Press Secretary John Kirby responded, “Clearly, the events of January 6th and the presence of some veterans in that crowd has certainly got everybody’s attention here.”